I love secondary characters: writing them, reading about them, even watching them on the big screen. Secondary characters support the “stars”; make them more vibrant and compelling. But when the story ends, I’m often left wondering what they’d do if they were in the “spotlight”. That’s why I’ve created special boxed sets that were part of That Second Chance series and the Truth in Lies series. These boxed sets let the reader follow the before and after of select characters as they first appear in That Second Chance series and later in the fictional town of my bestselling Truth in Lies series. Boxed Set 6 contains The Butterfly Garden and A Family Affair: Return. I invite you to follow their journey!

When danger and passions flare it’s best to find cover…

Cade Davies is a former Special Forces soldier who is now a high school teacher and football coach. And something is trying to kill his players. He’s been too busy trying to keep his players alive, while also avoiding the Davies Brothers marriage trap set by half the town, to pay attention and to the fiery redhead who has swept into his small town.

DEA Agent Annie Blake was undercover to bust a drug ring that preys on high school athletes in the adorable, small town of Keeneston. She had thought to keep her head down and listen to the local gossip to find the maker of this deadly drug. What Annie didn’t count on was becoming the local gossip. With marriage bets being placed and an entire town aiming to win the pot, Annie looks to Cade for help in bringing down the drug ring before another kid is killed. What she didn’t intend on was becoming the next target.

If you’ve become hooked on the Paradise Valley Mystery series, no doubt the sizzling romantic chemistry between Emily and Colin has kept you coming back for more. The Color of Lies, a Bridge Short Story, is the story of Colin Andrews before he came to Paradise Valley to become the Police Detective and what really happened to his late fiancee, Miranda.

Ranging from fun and flirty to semi-sweet and suspenseful, this amorous collection of stories will not just hold you captive through Valentine’s Day; it’s romance you’ll find IRRESISTIBLE all year long. 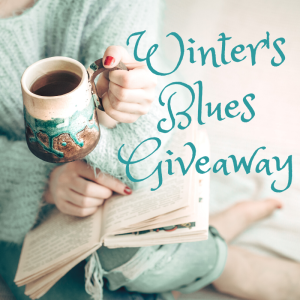 Enter For Your Chance To Win a $25 Amazon Gift Card