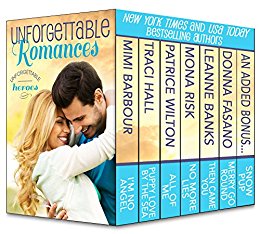 These emotionally satiating, tales of contemporary love stories will brighten your day, warm your heart, and quench your desire for happy ever after. From merry-go-round passion, to a beautiful Chilean earthquake survivor, an aristocrat coming to visit or that excruciating puppy love everyone endures – this collection has it all. Unforgettable romances with hunky men who might just live next door… or a French aristocrat visiting for a while!
Fantasy satisfaction – Guaranteed. 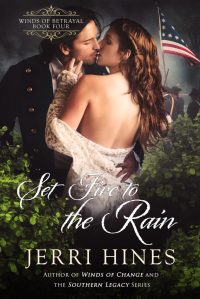 THE DRAMATIC CONCLUSION TO WINDS OF BETRAYAL—PREORDER FOR $0.99

“I say set fire to the rain. Ignite the flames with what is true and just. Torch the blaze with our courage and resolve so when we are done, all men will be free!”
~ General Daniel Morgan, Set Fire to the Rain, Bk 4 Winds of Betrayal

The Southern Army is in tatters with the devastating defeat at Camden. But all is not lost. General Washington sends his most trusted general, Nathanael Greene, to lead what is left of the army. In the darkest hour, Greene, in turn, draws upon the Old Wagoner, General Daniel Morgan.

At his northern headquarters, Washington faces his toughest decisions. Once more, he turns to his most trusted spy ring. Once more, he seeks the information needed to turn the war. This time, though, he needs more. He needs to feed the British misleading intelligence. He needs the British to believe he is eyeing New York…at least, until it is too late for them to act.

Spies and traitors! Love and Betrayal! Winds of Betrayal is coming to a dramatic conclusion! Follow Jonathan and Hannah Corbett on their final path of their fight for freedom! 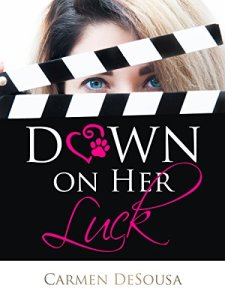 The last thing Alaina expects is to be happy returning home, especially when fate not only tosses an abandoned puppy into her lap, but also practically embeds Markus Klein into her life. That wouldn’t be so bad, if she hadn’t spent the last twenty years trying to forget the night they crossed the “just friends” line. Now, torn between a love she thought she lost, and one she never knew existed, that vicious harpy some call fate dangles Alaina’s dream opportunity — a leading role — in front of her. Her only problem… Going after her dream could jeopardize her chance at love.

These emotionally satiating, tales of contemporary love stories will brighten your day, warm your heart, and quench your desire for happy ever after. From merry-go-round passion, to a beautiful Chilean earthquake survivor, an aristocrat coming to visit or that excruciating puppy love everyone endures – this collection has it all. Unforgettable romances with hunky men who might just live next door… or a French aristocrat visiting for a while!
Fantasy satisfaction – Guaranteed.