For four thousand years, creatus have concealed themselves from the humans who hunted them almost to extinction. Now, one rogue wants the world to know they exist.

Victoria doesn’t want any of it; she just wants to live in peace without men–humans or creatus–messing with her head. When the rogue decides he wants her to join him, though, only one person is close enough to help her. Only problem, he’s her prisoner, and if he escapes, she’s supposed to kill him. 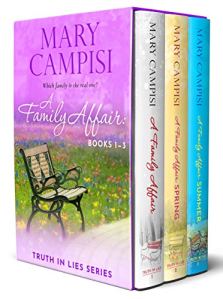 Real families aren’t always the ones you know about…. that’s the tagline for the first book in Mary Campisi’s bestselling Truth in Lies series, .A Family Affair.. But this book and the others in this series are about so much more than a secret family. Set in the small town of Magdalena, New York, the people have big hearts and good intentions…at least most of them do! Magdalena is a place of family, forgiveness, redemption, and second chances. And hope. Lots of hope. This town, and the people in it are about helping others get through the tough times and broken dreams, and doing it with the help of family, friends, sometimes even strangers. 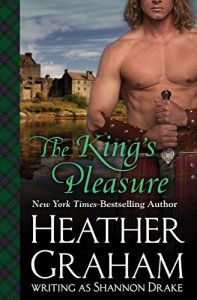 The New York Times–bestselling author’s “steamy historical is a perfect pick if you love arranged marriage plots and enemies who become lovers” (A Love So True).
The English army’s siege of Aville has ground to a standstill—until a ten-year-old Scottish lad masterminds a breakthrough. The castle falls easily, giving glory to the king and a place at court to young Adrien MacLachlan. But his greatest reward is still to come. Years later, the king decrees that Adrien shall marry Danielle d’Aville, a maiden of the town Adrien helped conquer. She loathes the strapping Scottish knight, but his strength stirs something inside of her—a passion that betrays everything her vanquished people stand for. As Danielle’s hatred for him pushes her towards treason, her budding love is the only thing that can pull her back from the brink. This ebook features an illustrated biography of Heather Graham, including rare photos from the author’s personal collection.

Fourteen years after her abrupt departure, Samara Davis is back in Marietta, Montana. Now a widow, all she wants is to give her anxious four-year old daughter, Jade, a happy, stable home. Unfortunately, the heritage house she purchased is nowhere near ready for occupancy. And the man responsible for the delay is none other than high-school golden boy and love of her life Logan Stafford, available, interested and just as swoon-worthy as ever.

But this single mother has one priority. She’s all Jade has, and she’ll do anything, make any sacrifice, for her child’s future. And getting distracted by a long-lost boyfriend is not on the agenda.

Logan Stafford never forgot the lonely girl from the wrong side of the tracks who broke his heart. Not only is she as irresistible as ever, but her delightfully odd little girl has him wrapped around her finger in no time. Believing they’ve been given a second chance, Logan’s determined to pull out all the stops on the house to prove to them both that he’s a guy they can count on.

But, despite how easy it is to love Logan, second chance is still a gamble Samara can’t afford to take.