Marcia Hadley, Santa Barbara, California socialite has been married for seven years to the heir of a family fortune. He sees to it that she has the finest home, cars and clothes. Yet that isn’t enough to keep Marcia from running.

Dani Reynolds, Atlantic City nightclub cocktail waitress works on her feet seven hours a night, five days a week for less than minimum wage in a crowded, smoky nightclub. She lives in an aging, run-down apartment, rides the city bus, and she’s happier than she’s ever been.

Marcia and Dani have more in common than anyone could imagine. They are the same woman.

Only Taylor Villanova, the club’s sexy bouncer can help her reconcile her two distinct personas, face her greatest fear and discover a love greater than she’d ever imagined.

Zoey Mathers had everything going for her until one night she lost her biggest client, her job, and her reputation. Leaving her life up to fate, Zoey closed her eyes and pointed. She would serve out her career exile in the small mountain town of Moonshine Hollow where moonshine flowed as freely as a mountain stream.

Giving up the law to become a baker in Moonshine Hollow turned out to be the best thing Zoey had ever done. She was happy and enjoying life in her new small town. But Zoey should have learned the first time . . . one night can change your whole life.

After unknowingly crashing a battle between witches, Zoey accidentally becomes a witch herself. That’s all before Zoey stumbles over a murder victim and the town’s sheriff becomes involved. Now she’s trying to find a murderer, stop two old witches from playing matchmaker, and learning she’s way more than a mere accidental witch.

And that’s all before fate turns up one more sexy hunk of a twist . . .

For four thousand years, creatus have concealed themselves from the humans who hunted them almost to extinction. Unwittingly, one creatus will endanger them all…

In his quest to protect the woman he can never have, a twist of fate propels him into a new role that will cause dissension among his family and endanger the anonymity that they’ve spent thousands of years protecting.

Now, he will risk everything to save the girl from humans and his own kind. The one thing he can’t save her from, however…is herself.

The Creatus series is not your normal paranormal story…it’s a realistic supernatural romantic suspense based on the myths you’ve heard your entire life. Prepare to believe…

A woman with a burning need to break free from her past . . .

Rose Landro is on the run. Seeking refuge at the Rimrock Ranch, she is finally ready to claim the land her granddaddy left her and make a fresh start. But her return is rife with controversy when cattle begin disappearing—and a handsome menace named Tanner McCade starts watching Rose a little too closely. Could the new cowhand be connected to the men she’s hiding from? Or is there another reason the rugged stranger is shadowing her every move?

A man ready to fight boldly for his future . . .

There’s a secret in Rose Landro’s eyes, a mystery that Special Ranger Tanner McCade is determined to uncover. Even if the beauty isn’t behind the cattle rustling he’s investigating, she’s way too skittish, and all too exquisite for Tanner to just let slide past his piercing gaze. Then he discovers a vulnerability in Rose that has him aching to protect her—and longing to possess her. . . . 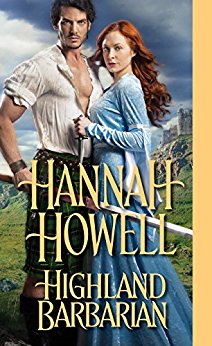 New York Times bestselling author Hannah Howell returns to the Highlands of Scotland for a sensual new series about two twin brothers both tempted and tormented by their passions–and driven by the love that will shape their destinies. . .

Sir Artan Murray was right when he decided that the dying old man who bid him collect his niece didn’t know her at all. The furious woman facing him is neither “sweet” nor “biddable.” She demands the brawny Highlander return her to the wedding party from which he took her. But Artan has no intention of allowing so spirited and bewitching a creature to endure a loveless marriage to a ruthless lord for her clan’s sake. He aims to woo the lass and to show her that true love also yields unforgettable pleasure. . .

Cecily Donaldson knows a bond forged by danger and desperation cannot endure. But Artan’s touch leaves her breathless, and she knows this to be her one chance to experience true passion before an arranged marriage seals her fate. Yet once begun, passion cannot be denied. . .nor can a love with the promise to change everything.

Now the bestselling serial is under one title— SOUTHERN LEGACY!
Including Belle of Charleston, Shadows of Magnolia, Born to Be Brothers and the dramatic conclusion, The Sun Rises!

Set against the backdrop of Antebellum Charleston with the martial clash of brother against brother looming on the horizon–here is an absorbing, tantalizing saga of life during one of our country’s most turbulent times–Southern Legacy Series.

In a world of pageantry and show, the Montgomery family accepts the way of life that has been antebellum Charleston for over a hundred years. Two cousins, the handsome and debonair, Wade Montgomery and the bold and brooding Cullen Smythe, were born to be brothers. Raised as Southern gentlemen, their character could never be questioned–loyalty, honor, duty to one’s country, God and family. It was the tie that binds until…their bond is threatened, not only by the cry for secession but by a woman–Josephine Buchanan Wright.

Josephine Buchanan Wright is a dutiful, southern belle. Her future seems fated to the two Montgomery cousins…until all she has placed her faith in falls apart. As her life spirals out of control, she tries desperately to cling to the honor and duty that has been instilled in her. But how can she do so when all she has known is no more?

The love between a Union officer’s daughter and a Cherokee man is threatened by the Civil War in this sweeping romance by a New York Times–bestselling author.

A “passionate tale of Native American history, family feuds, and romance,” this saga by a multimillion-selling author begins in Springfield, Massachusetts, in May 1860 (Booklist). The Civil War looms as nineteen-year-old Diane Parmelee, spirited daughter of a Union officer, reunites with her former childhood sweetheart, the broodingly handsome Cherokee Lije Stuart. Passions flare once again between the blonde beauty and the accomplished Harvard University law student. But as two hearts come together, the promise of marriage is short-lived. Despite her undying love, Diane can’t bring herself to accept Lije’s conditions for their future.

Lije expects them to build a life where his proud allegiance lies—on the plantations of his Cherokee family, and in turn, the Confederacy. But for Lije and Diane, it’s only the beginning of a conflict that will tear families apart and reopen the wounds of violent rivalries born out of the historic Trail of Tears. It will end only when divided loyalties and revenge threaten to shatter the meaning of heritage and honor. And through it all, only true love can hope to survive.

Years earlier, a gypsy woman passed to Lady Aldora Adamson and her friends a heart pendant that promised them each the heart of a duke.

Now, a young lady, with her family facing ruin and scandal, Lady Aldora doesn’t have time for mythical stories about cheap baubles. She needs to save her younger siblings and has resigned herself to marrying a titled gentleman with wealth, power, and a respectable name. She sets her bespectacled sights upon the Marquess of St. James. Until…

Turned out by his father after a tragic scandal, Lord Michael Knightly has grown into a powerful, but self-made man. With the whispers and stares that still follow him, he’s been shut out of respectable society. He would rather be anywhere but London…

Then he meets Lady Aldora, a young woman who mistakes him for his brother, the Marquess of St. James. The connection between Aldora and Michael is immediate and as they come to know one another, Aldora’s feelings for Michael grow.

Now, Aldora is left to choose between her responsibilities as a sister and her love for Michael.