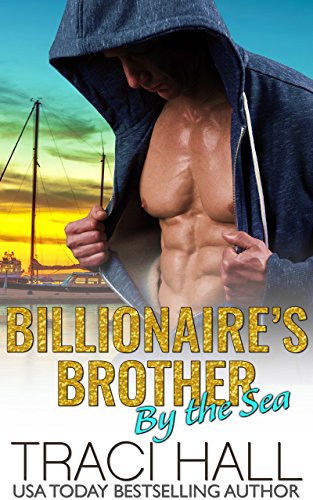 Special Forces soldier Mark Livingston is pursuing his missing billionaire brother, believed lost at sea…
…when he discovers Madeleine, a woman who draws him into a life he’s never known.
She sees through his disguise…but is she the only one?

Mark’s on the run… trying to unravel the mystery behind his brother’s disappearance. But has he…
unknowingly introduced Madeleine and her sisters to danger?

You’ll enjoy this seaside romance, because love is the greatest adventure of all.

ONCE UPON A ROMANCE ~ FREE

When Sophie’s eight-year-old niece, Ariel, asks Santa Claus for a single wish to honor her mom’s memory, Sophie knows she must grant it. Unfortunately for Sophie, Ariel’s wish is to ride her mom’s favorite ride on Christmas day, and it’s at the last place on earth Sophie wants to visit–Walt Disney World. It will be the first Christmas without her sister, and reliving childhood memories of her best friend is not how she wants to spend her holiday. Sophie’s only desire is to spend Christmas on the slopes with her reliable and stable beau, Darren, who has reluctantly agreed to postpone their trip until the day after Christmas.

But when Sophie runs into a charming stranger, who offers up his extensive Disney knowledge, he instantly becomes her hero. A wave of relief washes over Sophie–he may just be the one to give Ariel the magical experience she desires. And, even though Sophie doesn’t realize it, he may be exactly what she needs too.

Can a bit of Christmas magic help this ruggedly-attractive stranger win Sophie’s heart when she believes it already belongs to Darren? And will Sophie continue to allow her painful past to haunt her, or will she let it go?

The first book in A Dream Come True series is a heart-warming holiday romance set in “The Most Magical Place On Earth.”
Once Upon a Romance was selected as a finalist in the Romance category in the 2019 IAN Book of the Year Awards!

A man ruled by pride. A woman once scorned.

Rich in history and flaming with passion, travel with Jennifer DeWitt from New Orleans—that humid, high-stepping city of music and magic on the Mississippi River—to the Louisiana swamps where a brash, sexy Cajun is on the hunt for a wife.

Adrien Merrill offers Jennifer a marriage bed. She has her hand out for a paycheck. Yet Jennifer finds herself falling into an unexpected destiny in a hundred-years-old culture as foreign to her as crayfish gumbo, Zydeco music, and rain-drenched bayous.