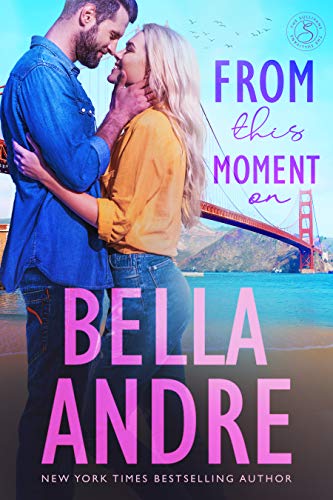 FROM THIS MOMENT ON ~ FREE

“FROM THIS MOMENT ON is one of the most beautiful contemporary romances I’ve read!” ~ 5 Stars

For thirty-six years, Marcus Sullivan has been the responsible older brother, stepping in to take care of his seven siblings after their father died when they were children. But when the perfectly ordered future he’s planned for himself turns out to be nothing but a lie, Marcus needs one reckless night to shake free from it all.

Nicola Harding is known throughout the world by only one name – Nico – for her catchy, sensual pop songs. Only, what no one knows about the singer is that her sex-kitten image is totally false. After a terrible betrayal by a man who loved fame far more than he ever loved her, she vows not to let anyone else get close enough to find out who she really is…or hurt her again. Especially not the gorgeous stranger she meets at a nightclub, even though the hunger, and the sinful promises, in his dark eyes make her want to spill all her secrets.

One night is all Nicola and Marcus agree to share with each other. But nothing goes as they plan when instead of simply tangling limbs, they find a deeper connection than either of them could have anticipated. And even though they both try to fight it, growing emotions – and sizzling attraction – keep drawing them closer together. Close enough for them to wonder if stealing one more secret moment together can ever be enough?

My goodwill gesture during the pandemic. A whole historical fiction/romance series #FREE. The entire series! This isn’t about money, but giving. Enjoy!

A rousing family saga for the fight for America’s independence! Follow Hannah and Jonathan Corbett path to Freedom! 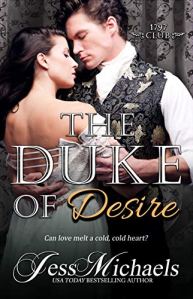 Robert Smithton, Duke of Roseford is known for his lusty appetites and his cold, cold heart. Still thanks to his title and his fortune, everyone wants him and he’s bored of it all. He wants something, but he cannot place what exactly that is. Until he meets Katherine, the Countess of Gainsworth.

Married for six months to an old man who died when they were making love, Katherine is just returning to Society. Although scandal follows her, so does interest, as the men of Society wonder about her prowess if it could kill a man. When Robert begins to pursue her, she is horrified. After all, she blames him for the circumstances that sent her into her loveless marriage in the first place.

When Katherine ignores him, Robert only pushes harder and ultimately she begins to wonder if revenge is a dish best served through desire. What she finds when she touches him at last is pleasure unlike any she’s ever known, and a connection she does not wish to feel. Now she must decide if she wants revenge or happiness and Robert must determine if love is worth fighting for.

This book is part of a series (The 1797 Club), but can be read as a standalone book.

Will these sexy alpha cowboys find true love on the range? Or have they met their match in the sassy women they fall for?

Now, in ONE boxed-set. The first three books in the Cowboys of the Flint Hills Series.

PRAIRIE PASSION
When feisty chef Jamey O’Neill takes a job at Brodie Sinclaire’s hunting lodge, their chemistry explodes like mentos and coke. Can they handle the heat while Brodie faces his past and Jamey struggles with her future?

PRAIRIE DESIRE
Ben Sinclaire blew his chances with Hope Hansen years ago, but now that she’s back in town, he wants a second chance with the woman of his dreams. Will ice-storms, weddings and babies interfere with his daring plan to win Hope for good?