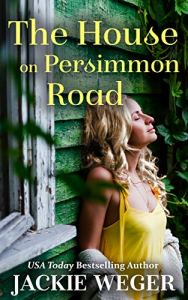 History. Reality. Fantasy. All rolled into one zany family.

If Justine Hale had the time, she’d get in her car and go crazy. She owns two kids, an ex-mother-in-law, and a bankrupt mother. Money scarce, she moves her entire family into a run-down, two-hundred-year-old farmhouse.

Resident ghost Lottie Roberts offers to help. She’s bossy, but she cooks. So what if she’s betwixt and between? After all, it’s her house. Before Lottie can intervene, though, Tucker Highsmith steals her thunder with his sexy grin, lazy Alabama drawl, and Mr. Fix-it talent.

Plagued with the demands of her family, Justine dismisses ghost and handyman alike. But hidden agendas prevail, and Justine is caught in the middle. 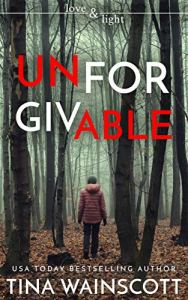 He knows things about her that no one could know; he makes her feel things she never knew she could feel…and he’s come back to warn her that a killer is watching her.

Although Katie grew up in Possum Holler, Georgia, she feels isolated and disconnected from the town’s residents—aside from her loving but oppressive husband. And while her job as his vet assistant is fulfilling, her growing discontent becomes uneasiness when local girls start disappearing.

Then, the boy who helped her through a horrible time in her childhood, and who was sent away because of that help, has come back to town. Spooky Silas, as he was known then, helps open her eyes to the emotional manipulation of the man she married, encouraging the return of her feisty self.

But that’s not the reason Silas has returned. He knows something about the missing girls. And he knows Katie is next. He has always loved Katie but stayed away to keep her safe from the shadowy abilities he possesses. Those abilities may help, or they might ultimately plunge her into more danger as he grows closer to the killer … whose face is terrifyingly familiar. 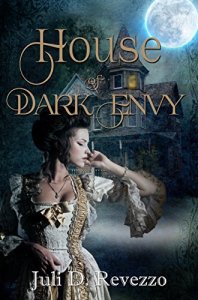 1888: When Sarahjane attends Lady Morville’s costume party, she never expects to learn her old beau Felix Gryffith is under the illustrious woman’s patronage and stands on the cusp of making a world-changing discovery. Felix, whose lies disgraced her in the eyes of the London elite by labeling her a flirt.

Felix’s love for Sarahjane has never wavered, despite the scandal that forced them apart. He’s desperate to tell her the truth, if he can convince her to listen.

Fate lurked in the shadows that night, years ago. Has it returned to grant Sarahjane and Felix their wishes, or terrorize them?

THIS IS IT, THE APOCALYPSE

THE APOCALYPSE— WOULD YOU SURVIVE?

I’m Laura, and I survived global nuclear war. When I walked out into the devastated landscape, I didn’t find zombies, witches or vampires— what I found was infinitely worse; it was real.

IS THIS OUR RECKONING?

Our tormentor is no longer the enemy; it is what’s left of the desperate earth. My neighbors are starving and sick from the biochemicals in the air. Our food, water and meds are running low. Our only hope is to come together to stay alive.

WHO WILL LEAD US TO SALVATION?

Certainly not me. Why would it be me? The Army Colonel should be the leader of the Village, not me