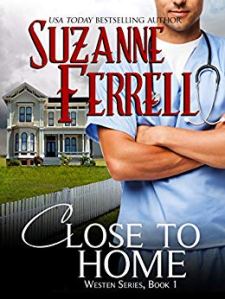 “Welcome to Westen. I’m Lorna Doone. Yep, spelled just like the cookie and I own the Peaches ‘N Cream Café here in Westen. You might think nothing much happens in a small mid-western town, but as my friend Harriett says, things aren’t always what they appear. Take our girl Emma for example…”

Emma Lewis has a lot on her plate. The single mother of two precocious twin boys and an aging mother who is having trouble getting through each day, the last thing Emma needs is a man in her life, especially a doctor. So when the town’s doctor goes on vacation and his handsome nephew takes over, Emma is shocked to not only find him standing in her bedroom, but accusing her of being a neglectful parent.

Clint Preston came to Westen for the year to fill in as the town doc while his uncle took a long needed vacation. Clint also needed a sense of peace and calm to try to find his passion for medicine burned out by long shifts in an urban hospital’s ER. Angered to find two boys in his clinic with broken wrists and no accompanying parent, he is determined to confront their mother. The feisty redhead he meets quickly dispels his belief that she’s a neglectful mother, but he can see her situation is more critical than she wishes to face and finds himself volunteering to help care for her sons and the remodeling of her home.

As Emma and Clint forge a relationship among the slightly off-beat characters that inhabit Westen a menace from Emma’s past threatens her and her sons. Clint and Emma join forces to prevent the loss of either boy and the love they’ve discovered in each other’s’ arms. 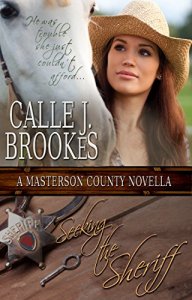 Her family had a long history with the sheriff of Masterson County—none of it good. So when the new sheriff shows up in the middle of the night with Phoebe’s teenage brother in tow, she knows her life is about to get a lot more complicated. Phoebe doesn’t have room for complicated. She was far too busy helping her father run their struggling ranch and all but raising her younger siblings. She didn’t need a too handsome sheriff complicating her world.

No matter how he made her feel.

Sheriff Joel Masterson has an entire county depending on him to run things, to keep them safe. He doesn’t need trouble from the rabble-rousing Tylers of Tyler Township. However, once he gets a good look at the eldest Tyler daughter Phoebe, things get real complicated quick. 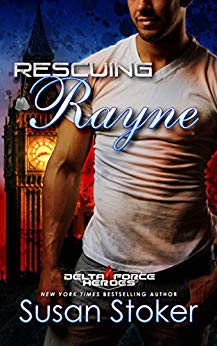 As a flight attendant, Rayne Jackson is used to cancellations, but she never dreamed her latest would lead to a whirlwind tour of London with a handsome stranger…or a life-altering night in his bed. One evening is all the enigmatic man can give her, and Rayne greedily takes it, despite suspecting it will never be enough.

Heading home after another extreme mission, Keane “Ghost” Bryson hadn’t planned to seduce someone during his layover, but Rayne is too sweet to resist. Being a Delta Force member means lying to protect his identity, which is unfortunate, considering Rayne seems made for Ghost, right down to the tattoo on her back. For the first time in his life, regret fills him as he slips away the following morning.

Both are shocked when, months later, they meet again—under the worst possible circumstances. Seems fate has given them a second chance…if they can survive the terrorist situation they’re in. If Rayne can forgive Ghost his lies. And if Ghost can trust Rayne to be strong enough to endure the secrets and uncertainty that come with loving a Delta Force soldier.

** Rescuing Rayne is the 1st book in the Delta Force Heroes Series. Each book is a stand-alone, with no cliffhanger endings 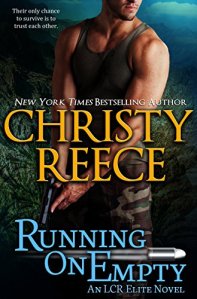 The Danger Has Only Begun

Having survived a brutal childhood, Sabrina Fox believed she could handle anything. That was before she watched the love of her life die before her very eyes. Brokenhearted, her emotions on lockdown, she finds purpose and hope as an LCR Elite Operative rescuing victims from some of the most volatile places in the world.

Covert ops agent Declan Steele is used to a life of danger and deceit, but when the one person he trusted and believed in above all others sets him up, he’ll stop at nothing to make her pay. Finally rescued from his hellish prison, Declan has one priority—hunt down Sabrina Fox and exact his revenge.

Trusting no one is a lonely, perilous path. Sabrina swears she’s innocent and Declan must make a decision–trust his heart or his head. As memories of their life together returns, he realizes just how treacherous his torture had been and the target of his revenge shifts. But when Sabrina is taken, retribution is the last thing on his mind. With the assistance of Last Chance Rescue Elite, Declan races to rescue the only woman he has ever loved before it’s too late.

ENTER FOR YOUR CHANCE TO WIN