A RIP IN THE VEIL

On a muggy August day in 2002 Alex Lind disappears without a trace. On an equally stifling August day in 1658, Matthew Graham finds her on an empty Scottish moor. Life will never be the same for Alex – or for Matthew.

Due to a series of rare occurrences, Alexandra Lind is thrown three centuries backwards in time. She lands at the feet of Matthew Graham – an escaped convict making his way home to Scotland in this the year of our Lord, 1658.

Matthew doesn’t quite know what to make of this concussed and injured woman who has seemingly fallen from the skies- what is she, a witch? 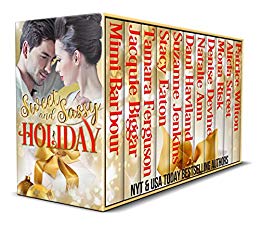 During Christmas, an angel comes to the rescue, the hardest decisions are made, assignments turn deadly, choices are made, lovers realize they are meant to be together, dreams come true, true love comes from distracting romances, and old loves show up in the nick of time.

SOUTHWEST OF LOVE AND MURDER

Mystery writer Phoebe Anderson owes her success to killing her first husband on paper seventeen years earlier. Now someone has actually done it. When she decides to take a few days away on the ranch of her best friend’s brother-in-law, she doesn’t expect romance to find her…or murder to follow her.

Mason Meadowlark is happy with his wild cowboy ways, avoiding love since the death of his baby and the end of his marriage twenty years ago. When Phoebe shows up, he fights to control his emotions but soon wonders if she just might be worth the risk of opening his heart again.

With an obsessed fan close on her heels, Phoebe is thrown into her own murder mystery…and the next target on his list is Mason. 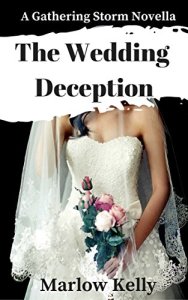 Supervisory Special Agent Finn Callaghan is impressed. While teaching a course at Quantico, he witnessed trainee agent Kennedy Morris take down a bully twice her size. Before leaving Washington DC, he stops by her apartment to offer her a job as his partner in Granite City, Montana and is surprised to see a wedding reception in her building during the worst storm of the year.

Kennedy is having a bad day. Her FBI training isn’t going well, her dysfunctional family is visiting, there’s a category one hurricane bearing down on them, and now she has to deal with her attraction to her superior Finn Callaghan.

When the bride from the reception, Vanessa Stevens, disappears, Finn offers to help. With Kennedy’s aid, they delve into the world of the rich and powerful. But their investigation reveals that no one really knows Vanessa. When the storm cuts the power and phone lines, they must ascertain if kidnappers have taken advantage of the weather or if the bride is a clever con woman.