Serra Weston fled her life in New York City with a deadly secret and returned to her family’s ranch in Montana to hide. A decision that jeopardizes her brother and their guests when a killer dressed like Santa opens fire at their annual Christmas Eve party.
Lincoln Smith spent his life guarding his country, his clients, and his heart. He denied himself everything else – including Serra. He only wants a glimpse of her at the party. Nothing more. But when Santa tries to kill the only woman he ever loved, Lincoln does what he was trained to do.
Seeking refuge in his cabin in the town of Winter, Lincoln vows to protect Serra even if it means dropping the shield around his heart. She had never wanted to see him again, but Serra can’t escape her true feelings. Just as passion finds a new path the killer finds them.
With only hours to spare, Lincoln must forgive himself for past mistakes or he and Serra will lose their last chance for survival – and love.

She married her enemy…

When investigative journalist Reagan McAdams discovers her new husband is part of an international crime family, she flees Paris with their newborn and returns to her childhood home in New Hampshire to gather enough money to disappear forever. She’ll do whatever it takes to protect her son from his criminal father.

He never quit loving her.

Rae’s first love, Brady Thomas, discovers she’s home and in trouble. She won’t tell him what’s going on, but he’s a detective. He’ll figure it out. He’s going to protect her and her son, whether she wants his help or not.

Rae would love nothing more than to fall into Brady’s arms, to allow him to protect her and her son, but getting involved with him will only put Brady on harm’s way. When Rae’s husband closes in, she has to decide what—and whom—she’ll sacrifice to save her son.

From the author of a #1 Amazon Historical Romance- BROKEN LEGACY

Shunned from London society for being the daughter of England’s most notorious spy, Alyce Hythe desires only to clear her father’s name. For years, she has been hidden away from prying eyes, given a new identity, and told to forget who she was. But strange things have been happening, causing old rumors to be once more whispered.

Long has Lord Julian Casvelyn lived with guilt brought on when England’s most infamous traitor murdered his brother. But one eventful night has changed everything Lord Julian believed about his brother’s death. Never did he suspect the woman he has just saved from certain harm is the daughter of that man.

Now Julian is caught in a conspiracy and desire for that woman. Thrown together by fate, the two searches for answers long denied them and along the way, discover a love that can free them both. 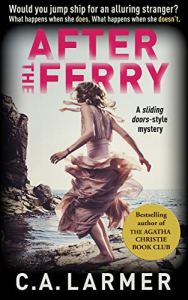 AFTER THE FERRY ~ KDP

In this fast-paced, psychological thriller, we follow Millie Malone across two parallel lives. In one life she remains onboard with her mates—two Sydney lads with shaky motives, and an old school friend with a crush of her own—and in the other she jumps. One life sees Millie married in the country, the other sees her married to her career, but both ‘Millies’ are harbouring a secret that could blow their worlds apart.

AFTER THE FERRY… Thirteen years later and Millie’s two lives are colliding. Both women have vanished from their respective worlds—one is back in the Greek Islands, facing her demons; the other has been murdered. But which one is which? 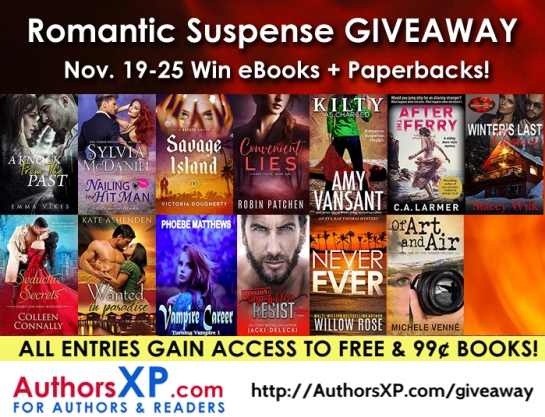