Twenty-four year old Phoebe Hawley is on a quest to find her family a home. On the road with two siblings, twelve year-old Maydean and five year-old Willie-Boy, Phoebe is out of money, out of gas and out of patience. Now the only things she owns in abundance are Hawley backbone and Hawley pride–neither of which she can trade for food or gas. A collision with Gage Morgan puts Phoebe’s mission in even worse jeopardy–until Phoebe discovers Gage Morgan owns the perfect place for the Hawley clan. But! She soon discovers Gage is the unlikeliest man in the universe to offer a helping hand. Phoebe wields all of the pride, backbone and country smarts she owns to worm her way into his heart. Nothing works. With time running against her family, she plies one last inducement–her scarce feminine wiles. And those are not a sure thing.

A HEART NOT EASILY BROKEN

Ebony Campbell is a smart, sexy career-oriented black woman who wants nothing more than a summer fling with a man who challenges her mind and body. What she doesn’t expect is Brian Young, a blond-haired, blue-eyed bass player to step up to the challenge.

Despite negative reactions, their fling develops into a deep relationship, and Ebony discovers juggling love, family, and career are nothing compared to the ultimate betrayal she endures.

Now her dreams spiral into lies and secrets that threaten her future and the trust of those she loves. 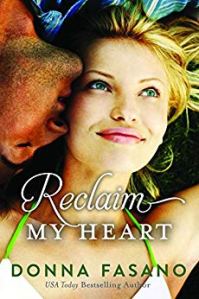 Sixteen years ago, Tyne Whitlock cut all ties to her past and left town under the shameful shadow of a teenage pregnancy. Now her fifteen-year-old son is in trouble with the law, and she is desperate for help. But reaching out to high-powered attorney Lucas Silver Hawk will tear open the heart-wrenching past in ways Tyne never imagined.

Forced to return to the Delaware Indian community where Lucas was raised, Tyne and Lucas are tempted by the heated passion that consumed them as teens. Tyne rediscovers all the reasons she found this man irresistible, but there are scandalous secrets waiting to be revealed, disgraceful choices made in the past that cannot be denied. Love is a powerful force that could heal them both—if the truth doesn’t rip them apart.

“LOVE ME LIKE THIS is a breathtakingly beautiful, sweetly sexy and emotionally gripping love story filled with family, friendships, passion, hope and unbreakable bonds. I absolutely loved it!” ~ 5 stars

Eight years have passed since Justin Morrison first laid eyes on Taylor Cardenes and fell head over heels in love with her, even though she could never be his. He’s tried everything he can to get over her–including moving to another country–but she’s still the only woman he’ll ever want.

Eight years is a heck of a long time to secretly love someone. Taylor knows all too well how impossible it is to forget a man as sexy, sweet, and brilliant as Justin Morrison. So when he turns up on the doorstep of her Napa Valley bed and breakfast, she can’t help but long for the happily-ever-after of her dreams.

As Taylor and Justin spend beautifully romantic mornings together watching the sun rise over the vineyards–and can’t help but fall into each other’s arms on wickedly sexy nights–it looks like they might finally get their chance at the love they’ve been waiting for. But will the secret Taylor has been keeping shatter everything in the end?