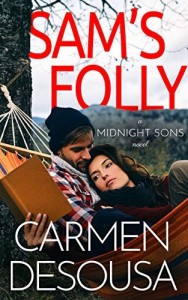 When a bigwig fight promoter needs someone to search for his missing fiancée, he hires expert tracker Sam Belgarde and his search dogs. Sam is more than a little reluctant. His family’s company, Search and Rescue Alaska, is in financial trouble, though, so if searching for a spoiled socialite will save it, then he’s willing to break the rules–just this once.

After witnessing a murder, Nora Molina needs to get away–fast–and her best hope to escape without her passport is Alaska. A native of Argentina, Nora’s accustomed to harsh winters and high elevation, so she gets more than a little irritated when some tracker thinks she needs rescuing. Even if he is get-out sexy. And even if he’s the guy she stood up before leaving town. It’s going to be a long few days.

When an unexpected storm rolls in, Sam and Nora find themselves in each other’s arms–to keep warm. Things get a little too hot when it’s clear someone wants the two of them to stay lost–permanently.

Jackson Parker has seen evil first hand as a Tier 1 government asset with the FBI Hostage Rescue Team. After months of black ops work overseas, he’s finally coming home for a break. But with Keeneston’s wedding of the century, a stowaway on the run, and a plot that could kill thousands of civilians, Jackson gets anything but rest and relaxation. Especially when the stowaway turns out to be the love of his life and is in the sights of a mass killer.

Evie Scott is running from evil. She’d tried to warn the authorities, but now it’s too late. Her only option is running. But he found her like he always did. She had never felt safe before. But being in Keeneston and with a man she’d fallen for might do the trick. 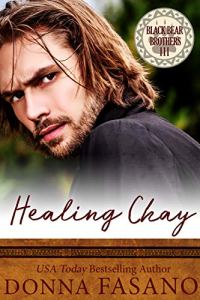 All Chay Makwa wants is solitude so he can conquer these tormenting nightmares, yet he can’t ignore the soft sobs of a woman in the woods near his cabin. The stranger with hair as pale as moonlight and secrets in her eyes is in need of a shoulder to cry on. But after a kiss meant to sooth turns passionate, she is gone.

Tori Landing has heard of Chay, but they’d never met before the night by the lake when the grief over her sister’s senseless death overwhelmed her. Tori steers clear of relationships for a very good reason and feels putting the security of others before her own happiness will amend her past failings. But the appeal of the brooding Native American is stronger than her determination to remain single and unencumbered.

Is Tori the one woman who can bring Chay peace… and can he teach her to trust in love?

Although the books in this series are stand-alone novels, reading the books in order will offer the most enjoyable experience. Titles in The Black Bear Brothers Series: