From the mist and into his arms.

As a cooking show host, Megan Forrester spends most of her time on a TV studio set.

In the make-believe kitchen, her life is a five-course meal of achievement. But in the romance department—not so much. Megan has zero time for dating so when the chance of a fun-filled getaway with friends comes along, she grabs it, sans oven mitts, with both hands.

What she didn’t expect was getting lost in a mysterious fog and stumbling into the arms of an ex-pirate turned supply runner in the 1800s. One that catches her attention far more than the orange-blue flames of a chocolate and cherry sauce flambé.

Thankfully, rugged Everett Quinn is determined to help her survive in an era she knows nothing about. But the deeper she delves into this new world of high sea adventures with Everett, the more she starts to wonder if maybe—just maybe—she’s right where she’s supposed to be…

For seventeen years Lady Eloise Granville lived in France thinking herself a bastard. Not until her life was threatened did her father cross the English Channel to reclaim her as his legitimate daughter. Now four years later a revolution roars its ugly head in France. Rumors abound of Lady Eloise’s life before her emergence in England…rumors that link her to the notorious leaders of the French Revolution. 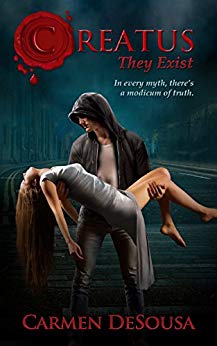 Aern’s only job is to protect the chosen. The trouble is, she’s the key to a prophecy and everyone wants her. Hiding a girl in the center of a secret war is tricky business, but when her sister shows up to take Aern hostage, all bets are off.

A slim brunette in borrowed jeans should be the least of his problems, but there’s something about Emily he just can’t put to rights. And it’s not her penchant for using hand tools as weapons or the fact that she seems immune to his sway.

Everything about her screams run. But when he discovers she’s working toward her own prophecy, he’s got no choice but to keep her safe. It might have been easy, if she didn’t think she was the chosen’s protector. When the opposition descends, their only hope is to stick together, but the truth unravels, and together might prove the biggest complication of them all.