Rich in history and flaming with passion. Travel with Jennifer DeWitt from New Orleans–that humid, high-stepping city of music and magic on the Mississippi River to the depths Louisiana swamps where a brash, sexy Cajun is on the hunt for a wife. He’s man to the bone and wants it all. He offers Jennifer a marriage bed. She has her hand out for a paycheck, yet finds herself falling into an unexpected destiny in a hundred years-old culture as foreign to her as crayfish gumbo, Zydeco and wind-swept deserts.  Avoiding missteps forces all the grace and wit she owns to its limits. 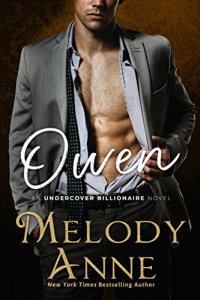 In New York Times bestselling author Melody Anne’s blazing novel of desire and betrayal, a second chance at love is a hot—and dangerous—proposition.

There was a time when Eden’s entire world revolved around Owen Forbes. They were inseparable childhood sweethearts. They planned a life together. Then, without so much as a goodbye, Owen vanished. Now, after ten years, he’s returned to town as the hottest new firefighter on the force. Whatever secrets pulled them apart, Eden can’t fight the sparks reignited by the man who broke her heart.

Owen knows he did Eden wrong. If only he could tell her why. As body meets body, he’s whispering for a second chance—wanting her back so bad it hurts. It can also be dangerous. An arsonist is targeting the small town of Edmonds, and Eden with it. And it’s Owen himself who’s become engulfed in suspicion.

Eden knows that with a past as hot and mysterious as Owen’s, their future together could go up in flames. Because the one man she’s afraid to trust is the only man she desires—and the only one who can save her. 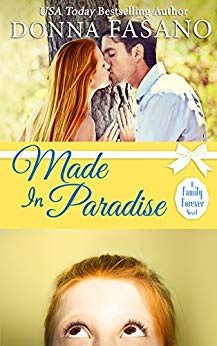 A Secret Made in Paradise…

Her child is alive! For ten years Amber has believed her child was lost to her forever. Then an unexpected inheritance leads the lovely doctor back home… to the man she’s always loved. There she discovers her beloved Jon is a bachelor father, and the little girl he is raising is their daughter!

Jon has vowed to protect and cherish his child, yet he opens their lives to let Amber in. But this dedicated father is no longer the young lover Amber remembers. Can she uncover the tender man she has never forgotten, and convince him to take a chance on their newly formed family, and their own true love?

Christmas is a time of joy, hope, and wonder…until the ultimate challenge threatens one of Reunion Gap’s favorite couples.
Note to the reader:

As a reader, I often wonder about the before and after of certain characters. As a writer, I’m able to act on that wondering if I’ve created those characters. (One of the guilty pleasures of the profession!) Nicki and Jameson Price are two people who made me curious because they’re such a perfect couple. Perfect for how long? What would happen when adversity struck? Would they survive? Of course, I had to “test” them.
Couples Like Us is told in two parts: Part One: Before, which was previously Christmas in Reunion Gapand Part Two: Three and a half years later.
Part One: Before
Nicki Gallagher doesn’t believe in Christmas, small towns, or relationships that aren’t about business. She’s a city girl with big dreams that include prestige and money—and lots of both. But when a forced sabbatical from her job lands her in Reunion Gap during the Christmas holidays, will she open her eyes and her heart to what she’s been missing?

Jameson Price left city life behind to regain his focus on what really mattered in life—family and relationships. Now he’s back in Reunion Gap where the pace is slower and life is less complicated. Just the way he likes it. Until Jameson meets Nicki Gallagher and everything gets complicated.
Part Two: Three and a half years later
Nicki and Jameson Price are the perfect couple: married, in love, with two children and solid careers. They have their whole future planned out, one they will share side by side. When Jameson accepts a month-long consulting job two thousand miles away, he’s doing it to help his family and solidify their future.
It’s only a month. What could possibly go wrong? Well… Two-thousand-mile separations are never good, but add an ex-girlfriend bent on removing the ex from her status and a wife who finds out about it? It doesn’t matter how much the husband isn’t interested in the ex, he’s in trouble. Follow this couple as they navigate the rockiest part of their relationship, questioning each other, their future, and whether they’ll ever find their way back to perfect.