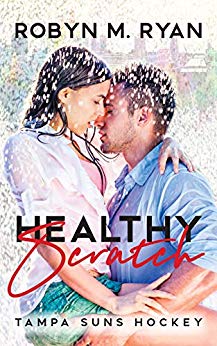 He wants out of the friend zone…she doesn’t believe in happily ever after.

Relationships are not in Lauren Gentry’s playbook. The only kind she’s willing to consider are friends-with-benefits and even a red-hot and sexy hockey player like Dave Martin isn’t going to change that. Right?

When those chocolate brown eyes threaten to melt her defenses she has to remind herself that demons from her past could rise up at any moment. Which is going to be pretty hard to do, since she loses herself every time they touch.

Dave used to love the benefits that came easily to professional athletes; especially when they were in the form of puck bunnies who only wanted one night. But when he meets the pint-sized girl with bewitching green eyes and sun-streaked auburn hair his outlook suddenly changes.

He wants forever with Lauren. Now he just has to convince her.

Can Lauren risk everything for the man she’s secretly been falling for? Or will her past stop her from taking a chance on love? 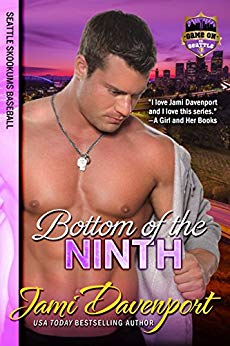 BOTTOM OF THE NINTH

Zeke Wolfe, the man who’s written off his entire family, rescues a young woman and three children on a stormy Seattle night. Before he knows it, he has an instant family and a fake fiancé he’s certain he doesn’t want.

Paisley Madison dreams of having a real home for herself and her sister’s children. When a handsome baseball player drops into her life, she knows a gift when she sees one and hires herself as his assistant.

As their business arrangement turns into something much more personal, Paisley and Zeke’s pasts threaten to destroy their precarious hold on love. Can they conquer their demons and embrace a forever love, or will they run from their pasts and abandon their future together?

It’s time for more baseballs than a girl knows what to do with!

Every girl wants a fairytale life—every girl except Jaycee Shumway. She wants to keep her brother and sister out of the hands of Child Protective Services and find a way for her brother to attend college. When the opportunity for easy money lands in her lap, desperation makes her risk it all.

Professional baseball player, Reed Tyler, would be considered the perfect prince charming but not on the night he catches Jaycee breaking into his home. Naked and furious he turns the tables on the fighting burglaress to become the evil villain.

When reality snaps Reed back to the real world, how can he resist being a knight in shining armor when he discovers Jaycee holds the one thing he’s always wanted in his life?

Will his wicked mother ruin it all or will Jaycee stand up against the forces of destiny and grab her happy ending?

Throw in the cutest six-year-old you’ve ever met, a Goth brother wise beyond his years, an old tomcat who melts your heart and you might laugh your way to your own forever after.

There’s three strikes in baseball, nine lives for a cat, and one chance at finding true love.

Life has taught defenseman Bryant Taylor never to look back and never to get serious about a woman. His ill, pregnant wife died while he was off playing an away game, leaving him—and both their families—heartbroken. Jokes and puck bunnies are his style now, and he’s sticking to it.

Gabriella Charbonnet has idolized her brother Emile since he rescued her from their violently abusive father when she was eleven—and he’s supported her ever since. He even agreed to play for the Sound so that she could apprentice as a pastry chef in nearby Beauford, Tennessee.

When Bryant and Gabriella find themselves thrown together at a society fundraiser, sparks fly. But Gabriella wants nothing to do with hockey players, aside from her brother, who just so happens to be Bryant’s best friend. The first rule of the bro code? Don’t mess with sisters.

There are plenty of reasons why starting a relationship would be all kinds of wrong, yet walking away from each other doesn’t prove to be as easy as they thought.

One thought on “ROMANTIC PICKS #LOVESTORIES FOR #ROMANCEREADERS #SPORTSROMANCE”