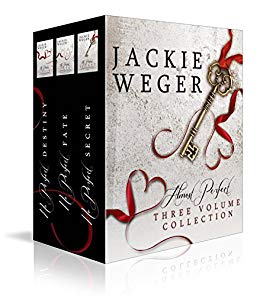 No Perfect Fate: When Cleo Anderson parks her Play-Mor in a small fish camp on the banks of the Suwannee River, her arrival draws the curious attention of eleven year old, Katie. Beautiful, yet shy, Cleo seems determined to avoid forming personal ties until Katie draws her into reluctant relationships with her godfather, Fletcher, and the plain-spoken elderly camp owner. Despite her reserve, Cleo soon becomes attached to the close-knit community of campers. Even as Cleo begins to overcome her reserve, she struggles with an inner voice and a past that haunts her and won’t let go.

No Perfect Secret: Betrayed thrice over by her husband, Anna believes her imploded life will right itself if only she buys a dog. Investigator Frank Caburn has other ideas. He already owns a dog. Man to the bone and manufacturing testosterone like Frito Lay does chips, all he wants is to fall in love and be done with it. Anna Nesmith is the one. But how to tell her without tripping over a layer of secrets is beyond him. Adding to Caburn’s woe are his elderly bosses–both of whom who plan to keep their jobs until the Rapture or the sun burns out–whichever comes last, a cross-dressing dominatrix with OCD, a purple haired hacker on parole, and Anna’s back-stabbing mother-in-law. Falling in love has never been more difficult.
No Perfect Destiny: Leah Spencer lives in the present until a past she has outrun imperils her future. An investigation into missing funds at work threatens all she holds dear. Detective Leo Garvey has her in his sights as the number one suspect and more. Leah knows she must be careful, that nothing good could come from Leo’s attraction. Leo doesn’t see it her way. If he proves her guilty, he loses. If innocent, he wins. Yet, convincing Leah the past can only be escaped by embracing something better seems to fall on deaf ears. While Leo works to uncover the truth, Leah determines it will never surface. 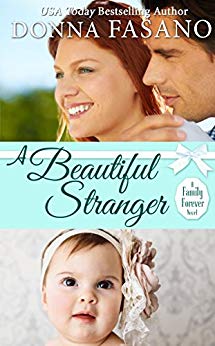 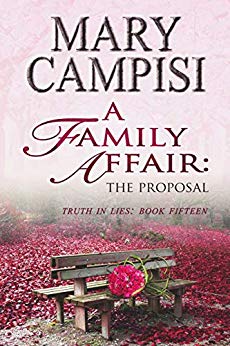 A FAMILY AFFAIR: THE PROPOSAL

It was only supposed to be a business arrangement…until emotions got in the way. Now, Lies and subterfuge could destroy everything…

Lawson Carlisle, the ostracized black sheep of the wealthy Carlisle family is back in Magdalena. It’s been sixteen years since he left, vanishing one night amidst speculations that included jail time and detention homes. Those were serious claims against one of the wealthiest families in town, and whether those stories were true or not, they fueled many a conversation and served as a lesson to the community; no person is invincible, no matter how much money his family has.

Ava Marie Ventori used to believe that doing good and following rules would gift her with the life she wanted, the man she loved, the dreams she didn’t even know she craved. But her eagerness to find that perfect life landed her with the wrong man, the wrong career path, and the wrong dreams. At thirty-three, the jobs are meaningless, the relationships nonexistent, and the dreams are gone. Her one joy is painting river rocks with inspirational messages, but she’s not about to share their existence, especially with the parents she continues to disappoint.

After a chance encounter with former classmate, good-girl Ava Maire Ventori, Law offers her the use of his cabin—no strings attached—so she can work on the mystery art she obviously doesn’t want to share. But his “no strings” good intentions are no match for old-fashioned attraction… As Law and Ava spend time together, she discovers there’s so much more to the former bad-boy than a questionable past and he starts to believe that maybe Ava isn’t too good for him. In fact, maybe she’s perfect for him.

When lies and old secrets threaten the couple’s happiness, will their love be strong enough to fight for a life together?

While A Family Affair: The Proposal can be read as a stand-alone story, readers have fallen in love with the entire series! 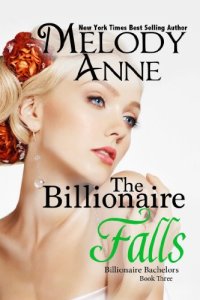 Joseph Anderson has been successful in finding brides for his two eldest sons. In this book he finds the perfect bride for his youngest son Mark.

Mark has a billion dollar ranch operation that takes many employees to run successfully. He loses his cook and leaves it to his father to find a new one. Little does Mark know that Joseph is far more interested in her marriage potential than her cooking skills. Luckily he finds a woman who can cook and will make the perfect bride for his son.

Emily Jackson is on the run from people who want to take her five year old son from her. She ends up in a small town in Washington and is excited to find an ad in the paper for a live in cook. When she starts work at the beautiful ranch, sparks fly with her new boss who is sexier than any cowboy has the right to be. She does not want to risk having an affair with her boss and losing her job so she will fight the attraction until passion overcomes them both.

One thought on “ROMANTIC PICKS #ROMANCENOVELS FOR #ROMANCEREADERS”