THE SCENT OF LIES

She wants answers. He wishes he didn’t want her.
Can they stave off a killer long enough to give love a second chance?

Emily lost her PI husband far too soon. To pay the mounting bills and solve his cold-case murder, she dives headfirst into the family business. When she takes the case of a wrongfully accused wife, Emily’s biggest obstacle is a sexy cop who refuses to back down.

Detective Colin Andrews catches killers to forget his tragic past. When a pretty P.I. doubts his hunch about a murderer, he can’t close the case or get the gorgeous rival off his mind. But if he’s not careful, his budding feelings may prove to be a fatal distraction.

As Emily and Colin’s clash brings them closer, can they uncover the truth before a murderer kills off their happy ending?

Unlock the secrets in Reunion Gap

Readers who loved Mary Campisi’s bestselling Truth in Lies series, also known as the “A Family Affair” books, won’t want to miss Strangers Like Us, Book One in Mary’s new Reunion Gap series. It’s a tale of deception, secrets, forgiveness and redemption set in a small town.

Rogan Donovan gave up the glamour of big city life and returned home to help his family rebuild their lives after a smooth-talking stranger swindled his parents out of their life savings. But some things—like reputation and trust—can’t be rebuilt, and small towns never forget past offenses.

When Elizabeth Hayes arrives in Reunion Gap, bent on helping the people her father cheated, Rogan opens his heart to her, unaware she’s the daughter of the man who destroyed his father’s life. Despite her good intentions, Elizabeth’s secret will be exposed creating heartache, resentment, and bitterness. 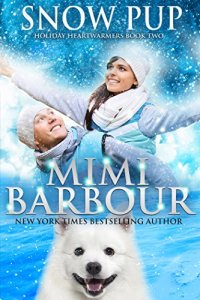 In this delightful Christmas love story, Deputy Shawna Mallory finds Billy McCrae – a runaway boy sleeping in a mound of snow with an anxious puppy guarding him. He’s a sad child surviving a terrible existence until she puts a stop to it and becomes his foster parent. She’s drawn to the snarky kid and just wants his life to be happier, his and the stray mutt who won’t leave his side. Not that the boy cares about the dog… or her. Then she meets his father, the one who abandoned the boy when he was five.

John Reid McCrae wants only one thing in his life to make it worth living. Years ago he’d lost his son to a bitter wife and now his goal is to get Billy back. He’ll do whatever it takes, no matter who gets hurt. Until he meets the town’s stunning deputy. Can he put his needs ahead of her happiness?