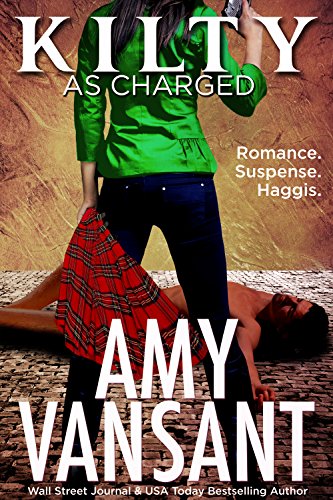 A unique blend of suspense, romance and laughs with just a dash of time-traveling Highlander from USA Today and Wall Street Journal best-selling author Amy Vansant. 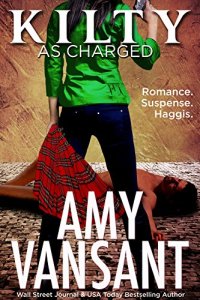 When Catriona spots a plaid posterior passed out on the Hollywood movie lot where she works, she doesn’t know her life as a fixer for Hollywood’s spoiled elite is about to grow more complicated.

She wants to write-off the ridiculously sexy, kilt-wearing Brochan as a con artist, but her adoptive father seems strangely comfortable with a man claiming to have no memory of his past or knowledge of the modern world.

A red-bearded thug, an old picture and a three hundred year-old vendetta soon have Catriona worried she could lose everything – including her mysterious time traveling Scotsman.

A Highlander followed her home…Can she keep him?

Fans of Janet Evanovich, Colleen Helme and Denise Grover Swank will delight to find a new series that deals both thrills and laughs at a rapid-fire pace. 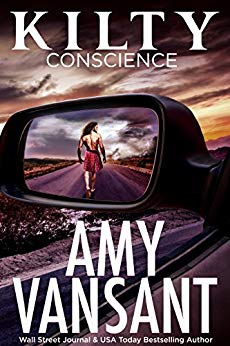 While investigating the kidnapping of an actor’s child, time-tossed Highlander Brochan suspects a woman at the scene is the raven-haired beauty who’s been haunting his dreams. Worried his reoccurring fantasies are memories of his previous life in ancient Scotland, he vows to discover if the mysterious Fiona is his true love.

Hollywood fixer, Catriona Phoenix is left confused by both her step-father’s dramatic recount of her appearance in his life and her time-traveling Highlander’s waning affections. She devotes herself to the case—only to discover her romantic rival might hold the key to her own mysterious past.

Fans of Janet Evanovich, Chelsea Field and Denise Grover Swank will delight to find a new series that deals both thrills and laughs at a rapid-fire pace.

Time-tossed Highlander Brochan doesn’t get a moment to recover from his latest wounds before he and Catriona discover one of Parasol Picture’s biggest stars has been accused of murder. It will be hard for the actor to beat the charge…the body was found under his house.

When another studio asset is dosed with drugs that send him into a near-fatal frenzy, the fixers have to wonder if someone is out to destroy Parasol. It doesn’t help that Catriona’s nefarious sister, Fiona, has moved even closer to the studio and seems inextricably tied to Parasol’s problems.

Brochan and Catriona could find solace in each other, but Brochan wants to get married before they hop into his kip and Cat thinks he needs to embrace the twenty-first century. Though on the upside, Broch says her hand in marriage is worth at least four cows… 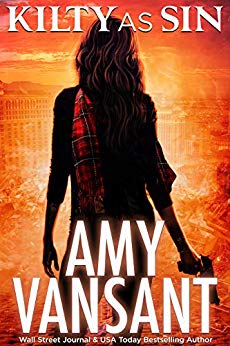 When one of Parasol Pictures’ assets gets himself into gambling trouble, Broch and Catriona are dispatched to Las Vegas to pay the debt — only to find it needs to be worked off. To fulfill the debt, they’ll battle a mad Russian with an unhealthy interest in Catriona’s kickboxing skills…

When Broch is left for dead and Catriona taken, it’s a race against time to reunite before the Russian’s plans come to their twisted conclusion.

Back in Hollywood, Catriona’s recently returned time-traveling father has his eyes on her adoptive father, Sean. When Sean discovers Rune possess powers he never imagined, it will take an old and unusual friend to set things straight.