Only love can heal a heart betrayed…

Harriet Burke has long been haunted by a family scandal. Abandoned by her mother as an infant, she has grown up in the shadows of the events that led up to that scandal. But all changes when she meets the future Viscount of Daneford. The dashing young Lieutenant Arthur Hammett defies his grandfather. Professing his undying love, he proposes to Harriet. Harriet quickly learns that all is not what it seems. Secrets, lies, and betrayal shatters Harriet’s life, leaving Harriet little choice. She has to begin life anew…

They were destined to be together but fate had other plans…

Lord Arthur Daneford made a rash decision years ago that cost him greatly…his biggest regret. Now, though, his past has reemerged. Chilling information has been called to his attention that Harriet’s life is endangered. He will stop at nothing to ensure her safety, but will she accept his help before it’s too late? 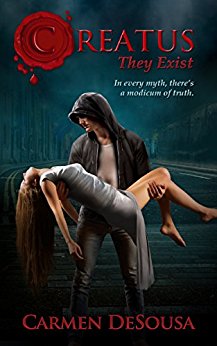 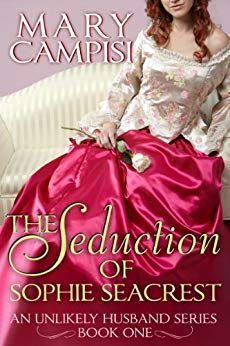 THE SEDUCTION OF SOPHIE SEACREST ~ FREE

The Seduction of Sophie Seacrest is Book One of Mary Campisi’s Regency historical series, An Unlikely Husband.

When Holt Langford, the new Earl of Westover, returns to England after twelve years at sea, he resembles more pirate than nobleman, a far cry from the scrawny youth whose father shipped off to become a man. No one recognizes him, and he’ll use this anonymity to enter a game of subterfuge in order to expose the scoundrel who has vowed to destroy Holt’s family business.

Unfortunately, that scoundrel has a devoted daughter, Sophie Seacrest. Sophie can’t deny her attraction to the unorthodox stranger who stirs her blood and makes her think things no proper lady should. Holt and Sophie are drawn into a seductive tangle and just when he’s about to reveal his true identity and his honorable intentions, she discovers the truth and must choose between love and family duty.