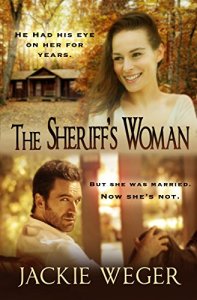 Life-long bachelor and ex-Marine, Sheriff Garrett Stark knows how to get the job done so it stays done–until he tangles with Rachel Cameron. Then all bets are off.  Rachel knows him. He’s the man she despises most in life, but she does not anticipate the raft of dizzying emotions she feels in the face of Garrett Stark’s steadfast and resolute desire to make her life better. She wants Garrett to mind his own business. So. He does. His business is Rachel and he’s all in. 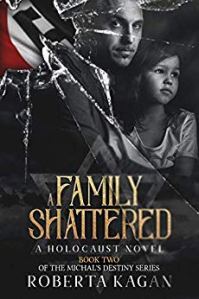 Taavi Margolis is arrested on Kristallnacht when he races out of his apartment to protect his daughter’s fiancée, Benny, who is being attacked and killed by a gang of Nazi thugs as they pillage and destroy the streets of a little Jewish neighborhood in Berlin. Taavi’s wife, Michal and their two daughters stare in horror through the window as Benny is savagely murdered. Then, they watch helplessly as the gang turns their attention to Taavi. They beat him with clubs until he is on his knees and bleeding on the pavement. When the police arrive, instead of arresting the perpetrators, they force Taavi into the back of a black automobile and take him away. Michal, pulls her daughters close to her. No one speaks but all three of them have the same unspoken questions. Will they ever see their beloved husband and Papa again? They realize, after tonight, the Anti-Semitism that is growing like a cancer all around them can no longer be ignored. Their future is uncertain. What will become of this family, what will become of the Jews? This is the story of the struggle of one Jewish family, to survive against the unfathomable threat of the Third Reich. 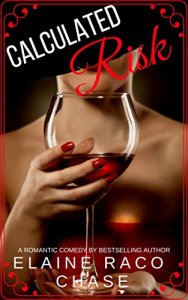 “Lady, I want you to stop seducing my son! Hell, what are you, thirty-two, thirty-four, Rob is seventeen..there’s room for a whole other person!”
Thus in one of Nashville’s poshest restaurants began a stream of threats against Stephanie Brandt along with a heavy hand ‘mangling’ her shoulder, followed by a bill shoved into the middle of her quiche by a big man wearing work boots, denim and a T-shirt with an obscene foreign word printed on it.
Until Quintin Ward stormed into her life with his threats and accusations, Stevie had not known his son Rob even existed., let alone was her mail room clerk.
When she’s finally able to convince Quintin that she has no designs on his son, they embark on a campaign to squelch Rob’s amorous ideas and fantasy love-life with his boss. But their very calculated risk backfires! 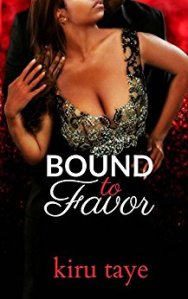 Kamali Danladi has sworn never to get married again. But his meddling mother is bent on hitching him to any eligible female that comes along to the next family gathering. There’s only one thing for it. Get fake-hitched to his executive assistant. If anyone is more averse to marriage than he is, it’s her. So they’ll be perfect together. Or at least, they’ll fake perfect together.

Ebun Forson doesn’t do families. She certainly doesn’t do festivities. So when she has to spend a week playing fiancée to her boss, how is she going to cope with the extensive Danladi kinsfolk without breaking out in hives? Her next shopping trip funded by the bonus he’s giving her should more than make up for the inconvenience.

However, she soon finds the real threat is to her heart. The dark and intense Kamali behaves as if he sees through to her soul, making her almost forget that this is all an act. In any case, someone with a past like hers doesn’t deserve a happy ever after, surely.

Bound to Favor is a story about learning to heal from emotional pain and finding love in the most unexpected places.