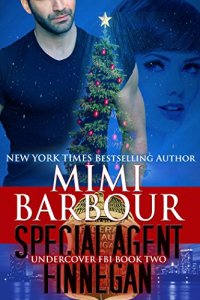 Love for his father makes a man weak – what’ll happen when he gives his heart to a woman?

When Special Agent Finnegan O’Reilly gets shot, and the news brings on his father’s heart attack, he decides to take leave from further undercover assignments. The O’Reilly has suffered enough and Finn can’t be the cause of more distress for this beloved old rascal. Then his boss forces one more case on him – to take place in their own pub. Acting as the target to expose serial, suicide killers rampaging through New York City, Finn must play the part of a wife-beater, a cheating husband and an all-time jerk. No problem, until he meets his make-believe wife.

Renée Knight enjoys her job as a New York City cop. Her disguises have become a permanent fixture in her life, and no one knows what she really looks like. Except for the father she loves fiercely… the man, whose suicide makes no sense. If it means going undercover in an Irish pub where the culprits hang out, she’s their girl. Playing the wife of the bar owner to catch the killers—easy. But they never intend for her to fall for this guy, she does this all on her own. Now she has to hire the assassins to arrange his suicide. Can she catch them, before they complete the mission? 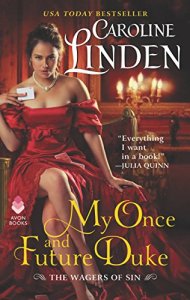 What happens at the infamous Vega Club . . .

Sophie Campbell is determined to be mistress of her own fate. Surviving on her skill at cards, she never risks what she can’t afford to lose. Yet when the Duke of Ware proposes a scandalous wager that’s too extravagant to refuse, she can’t resist. If she wins, she’ll get five thousand pounds, enough to secure her independence forever.

Jack Lindeville, Duke of Ware, tells himself he’s at the Vega Club merely to save his reckless brother from losing everything, but he knows it’s a lie. He can’t keep his eyes off Sophie, and to get her he breaks his ironclad rule against gambling. If he wins, he wants her—for a week.

A week with Jack could ruin what’s left of Sophie’s reputation. It might even cost her her heart. But when it comes to love, all bets are off . . 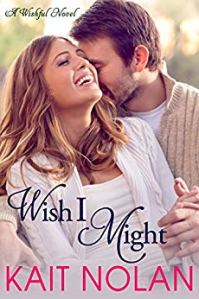 Previously published in the Virtually Yours anthology. This edition has been expanded into a short novel.

An heiress in hiding…
For graphic designer Cecily Dixon, building a successful life on her own terms, independent of her family’s name and wealth, has been an all-important goal. That’s why she followed her boss to tiny Wishful, Mississippi. While she’s fallen in love with the town and the work being done to bring it back to life, her internship is over and it’s time to take the next power-house step in her career…somewhere else.

A bookstore in trouble…
Reed Campbell is Wishful born and bred. He loves his small town life, and it suits him just fine. When he needs help breathing life into his struggling bookstore, the brilliant and sexy Cecily is the last person he expects to volunteer. Since one chemistry-fueled summer weekend, she’s been giving him the cold shoulder, and he can’t figure out how he blew it.

A romance with an expiration date…
Working together will start the thaw, but they both know the clock is ticking and Cecily will be moving on. Or will she? Wishful is just the right size for Reed, but can he convince Cecily that his small town can support her big dreams? 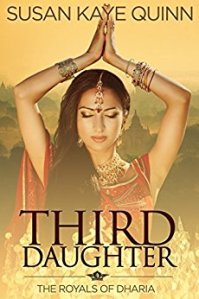 Sneaking out of the palace wasn’t one of Aniri’s best ideas. But she’s the Third Daughter of the Queen of Dharia—zero responsibilities and zero royal duties. She’s just the backup daughter, in case her older sisters’ arranged marriages—to take the crown or broker an alliance—don’t quite work out. But once Aniri reaches her 18th birthday, she’ll be truly free… and then she can marry the charming fencing instructor she meets for fevered kisses in the forest.

But then the impossible happens—a marriage proposal. From a barbarian prince in the north, no less. And if Aniri refuses, the threat of their new flying weapon might bring war.

So she agrees to the young prince’s proposal, but only as a subterfuge to spy on him, find the weapon, and hopefully avoid both war and an arranged marriage to a man she doesn’t love. But once she arrives in the sweeping mountains of the north, she discovers the prince has his own secrets… and saving her country may end up breaking her heart.

This Bollywood-style royal romance takes you to an alternate East Indian world filled with skyships, saber duels, and lots of royal intrigue.

THIRD DAUGHTER is the first book in the Royals of Dharia trilogy.