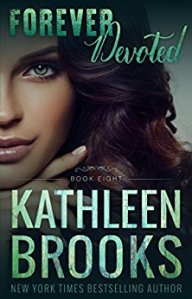 Layne Davies needed a break—a break from the busy bodies in her small town of Keeneston, Kentucky and a break from dating men who turned into scared little boys upon meeting her father. That’s why she was so excited to have been invited to speak at a medical conference in Charleston, South Carolina. Never did she think her whole life would change the second she stepped on that stage.

Walker Greene can’t talk about his job. He can’t talk about what happened that one night off the coast of Nigeria when his team was ambushed. No one would believe him even if he could talk about it. But his training kept him alive until he was able to sneak back into his small hometown of Shadows Landing, South Carolina. But when people show up looking for Walker, he has no choice but to listen to his best friend, Dr. Gavin Faulkner, and turn to a total stranger for help.

Layne may be Gavin Faulkner’s estranged cousin, but that doesn’t mean she’ll drop everything to work with someone who Gavin refuses to tell her anything about . . . until she sees Walker Greene. All her protective instincts come alive upon seeing the wounded soldier and Layne knows there’s only one place to keep him safe—Keeneston. Walker becomes a hunted man, and Layne is determined to keep him safe as she finds herself drawn to him more and more each day.