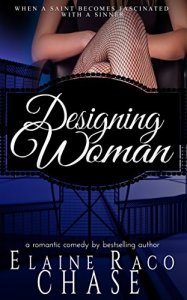 DESIGNING WOMAN is listed in the Library of Congress under Women Architects – Fiction oh…and under Revenge – fiction!

Do you know about Authorgraph? Check it out! All my kindle books are there!

“The audio book was narrated beautifully, with words clear and pacing easy to follow. Whether you are looking for a break from television, or don’t mind the other commuters staring at you as you laugh, often, the audiobook is well worth the investment.”