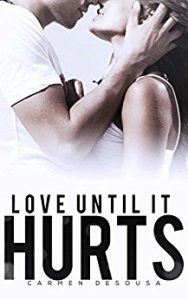 LOVE UNTIL IT HURTS ~ COMING JANUARY 16

A fire-red BMW, a mansion on the water, a closet the size of a small department store … At eighteen years old, Charity Bauer has gotten anything she has ever wanted in life. At least she thought she had everything she wanted …

The night Charity meets Brock Ryan she sees not only a chance to spend a night with a hot divorcé, but also an opportunity to make her ex jealous. Some things aren’t for sale, though, especially not Brock Ryan. When one night of innocent flirting causes a chain reaction that will forever change her life, Charity will have to make difficult decisions that will affect her future and the ones she loves — maybe even cost her the love of a lifetime. 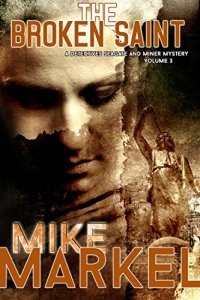 Seagate and Miner investigate the murder of Maricel Salizar, a young Filipino exchange student at Central Montana State. The most obvious suspect is the boyfriend, who happens to have gang connections. And then there’s Amber, a fellow student who’s obviously incensed at Maricel for a sexual indiscretion involving Amber’s boyfriend. But the evidence keeps leading Seagate and Miner back to the professor, an LDS bishop who hosted her in his dysfunctional home. Seagate takes it in stride that the professor can’t seem to tell the truth about his relationship with the victim, but her devout partner, Ryan Miner, believes that a high-ranking fellow Mormon who violates a sacred trust deserves special punishment.

SANTA BABY BY THE SEA

Dillon Bakersfield spots Crysta Jones at an outdoor venue on a sultry spring night and is powerless against her seductive smile. Crysta is equally entranced and the two join together as if drawn by love’s flame.
Career-minded and determinedly single, they indulge their passions and go their separate ways. However, the consequences of their lovemaking force Crysta to rethink her life’s ambition. She doesn’t want to thrust the burden of parenthood on Dillon. He’s a good man, and she knows he will be responsible—but she longs for a man who wants to be a father. Can a birthday wish bring a Christmas miracle?

A dead businessman and philanthropist . . .

When Gordon Taylor is murdered, it falls in the lap of soon-to-retire Detective Ryan Hamlin to find the murderer. But he has no clues and no leads.

In a chance conversation, Detective Hamlin uncovers a long list of suspects – all with something to hide – and all involved in a “perfectly legal” investment worth millions as long as no one in the company is convicted of Gordon’s murder. That’s when the finger-pointing and cover-ups begin.

“[T]he final twist made perfect sense when it happened but at no point did I see it coming. I was as confused as the detective, wondering if he had the right guy or if it was this guy or maybe that woman….it was great!” -Geneva Handleman, Amazon Reviewer

“This is a well-written mystery novel that will stump even the most dedicated armchair sleuths. Death by Romance is expertly crafted with each chapter heightening the suspense and intrigue. As the suspect pool deepens, so does the entertainment factor. Some may be tempted to cheat and skip to the end. Don’t. Enjoy the mysterious ride all the way. Maybe you’ll solve the mystery before Detective Hamlin.” -T. B. Markinson, SPR Reviews