The Giveaway goes from September 18th until October 31st! It’s easy to enter. Several ways…sign up for my newsletter, follow my penname, Colleen Connally, on BookBub and Amazon, subscribe to my Youtube Channel, or follow me on Twitter @jhines340. Enter for your chance to win!

Set against the backdrop of Antebellum Charleston with the martial clash of brother against brother looming on the horizon–here is an absorbing, tantalizing saga of life during one of our country’s most turbulent times–Southern Legacy Serial.

Belle of Charleston, Book One

In a world of pageantry and show, the Montgomery family accepts the way of life that has been antebellum Charleston for over a hundred years. Two cousins, the handsome and debonair, Wade Montgomery and the bold and brooding Cullen Smythe, were born to be brothers. Raised as Southern gentlemen,their character could never be questioned–loyalty, honor, duty to one’s country, God and family. It was the tie that binds until…their bond is threatened, not only by the cry for secession but by a woman–Josephine Buchanan Wright.

Josephine Buchanan Wright is a dutiful, southern belle. Her future seems fated to the two Montgomerys cousins…until all she has placed her faith in falls apart. As her life spirals out of control, she tries desperately to cling to the honor and duty that has been instilled in her. But how can she do so when all she has known is no more?

This is a serial! The books may have cliffhangers and hooks to make you want to continue to the next book. Do not begin if you don’t want to become addicted to the series! Southern Legacy will consist of four books–Belle of Charleston, Shadows of Magnolia, Born to Be Brothers and The Sun Will Rise. 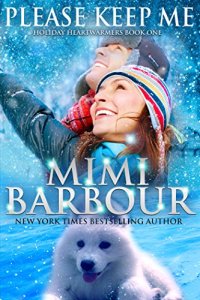 In holiday love story, Belinda Page, a single mom of a very intelligent four-year-old daughter, is at her wits end trying to keep up with the baby genius. When the child throws herself into a lake to rescue a puppy, Belinda is frantic. Turning to the man who saves both babies, she seeks his support – until she finds out he’s one of those hated Carltons. After all, it was at their home where she’d gone to a party, been drugged, raped and left to deal with the consequences.

Dr. Reed Carlton, an introvert who feels uncomfortable around most people, can’t believe his luck. He’s finally found Lindy; a girl from his past, a fond memory that has haunted him for over four years. Except that once this Lindy learns who he is, she hates him. What was that all about? At least her daughter and the puppy were on his side. But would their affection be enough for Lindy to accept him into her family’s life.

Newly Published and Edited as of October 2013

Jasmine Freeman’s world is about to tumble down around her and the one responsible for it is none other than her first love, Derek Titan. She hasn’t seen him in ten years, and they are both going to learn the truth of what happened back then.

Jasmine grew up wealthy and oblivious to the destruction her father caused all around him. Derek was from the wrong side of the tracks. In ten years their lives will be reversed. He is now a multi-billionaire tycoon and she works hard, but barely gets by due to her father’s unethical business practices.

Derek comes seeking revenge and instead finds out he has a half grown son and the woman he’s been angry with for so many years is not who he thought she was. They both fight against the passion they still feel for each other, but in the end it is irresistible.

Come take the journey with Derek and Jasmine as they rediscover a passion that never died and the lies that kept them apart.