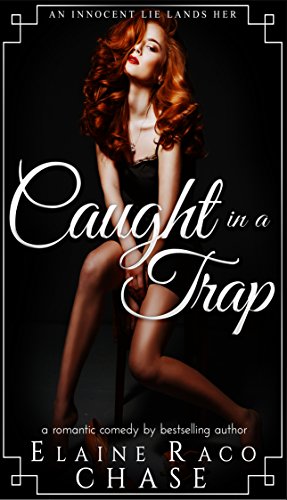 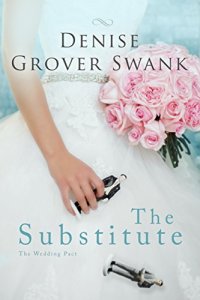 Megan Vandemeer meant to tell her parents about her broken engagement, but a month and a half later she finds herself boarding a plane home to her wedding. Having stretched avoidance to its limits, it’s time to come clean–a terrifying prospect since her mother is sure to blame her rather than her cheating, emotionally frigid ex. A couple of drinks and two Dramamine later, Megan finds herself spilling her sob story to the tall, dark, and handsome stranger in the seat next to her.

With only one week left to save his business, Josh McMillan boards a plane to Kansas City in a last-ditch effort, leaving the details to chance. An unexpected answer is delivered in the form of the beautiful brunette beside him. Though she’s completely loopy, her honesty, openness, and humor charm him. So when she passes out before landing, he helps her off the plane–a good deed that leads to a colossal misunderstanding. Her parents assume he’s her fiancé. In a twist of fate, the mix-up might help Josh save his business, so he plays along, figuring he can help Megan too. All he has to do is stage a public break up convincing enough to appease her mother.

Josh is only supposed to be a substitute groom, but the more time he and Megan spend together, the more their pretend engagement starts to feel real…and the less they want to break it off. Can a relationship that began as a farce turn into happily ever after? 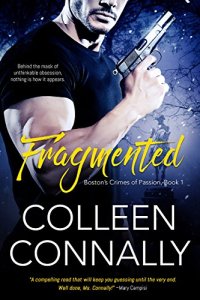 FREE! FREE!
The first in the Boston’s Crimes of Passion Series! A pulse-pounding thriller! Ms Connally’s first murder mystery delivers! Suspenseful…shocking…a psychological thriller– leaving readers on the edge of their seat. Cameron Quinn is caught in a web of deceit. Protecting her brother from being framed for a murder places Cameron in untold danger. When the real killer diverts his attention to her, she has nowhere to turn, especially not to the man she shared one unforgettable night… who now is trying to put her brother in prison. A “must read” for any suspense lover!

A new body, a new life…
Because of a facial disfigurement, Nurse Grace Joye has never felt beautiful, and when she’s told a brain tumor will end her life within a matter of weeks, she’s devastated. Grace’s friend, psychiatrist Dr. Robert Andrews has been experimenting with spirit travel. He suggests that Grace transfers her spirit to the body of his newest patient—Mrs. Vanessa Knight, a gorgeous-looking woman who is soon to be released from life-support. Grace doesn’t need much convincing to take this drastic step. She will live on and realize her two dreams: to be a mother, and be loved by a man. Only to hear her soon-to-be husband’s whispered words just before the life-support is switched off: “Good-bye, darling. I’m glad I’ll never have to see you again.”

Lucas Knight has been contentedly preparing for Vanessa’s death. Throughout their marriage, this volatile woman had become increasingly vicious towards him and their young son. Therefore, he’s appalled and traumatized when, miraculously, she comes out of her coma. Strangely, this girl isn’t anything like the witch he’d said goodbye to. He could love this gentle angel. But, can he trust her to stay this way?