“Lose yourself in the perfect Romance by a perfect author!” ~ BERTRICE SMALL, #1 New York Times Bestselling Author
~ In 1783, Alec Beauvisage is returning from the Revolutionary War when he discovers Caroline in the Connecticut woods. Dressed as a boy, she has no memory of her past. Against his better judgment, he takes the lovely foundling with him to his home in Philadelphia and finds his life increasingly complicated as the fiery attraction between them builds and Caro’s dangerous past reaches out to her.

CAROLINE is Cynthia Wright’s unforgettable debut novel and is on keeper shelves worldwide. The story of a confirmed rake and an innocent, spirited young woman, it is filled with sensual romance, evocative history, memorable characters, and the joy of true love.

When I received all my rights back, I put Aldora and Michael’s story through a rewrite, adding a new prologue, epilogue, characters, and expanded scenes. However, I still did not publish the book–until now. You see, when I met Aldora’s friends, I was intrigued. Here were new ladies dreaming of love. I could not simply forget those characters, and yet neither, given the timeline of the Heart of a Duke series, could I tell their stories, either. Then, one of Aldora’s friends spoke to me, and spurred the creation of The Heart of a Scandal series, the first ever Heart of a Duke spin-off!.

For those of you who’ve been looking for Aldora and Michael’s story, I hope you enjoy! 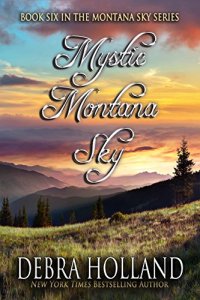 A caravan driven at breakneck speed through the hills of Montana is the least of Magdalena Baxter’s concerns. Evicted from their home, and due to soon give birth, the Gypsy woman is forced to follow her husband, Oswald, a drunk and abusive miner who hopes to find work in a neighboring town.

Despite calling Sweetwater Springs home, wealthy banker Caleb Livingston clings to his elitist East Coast ways. While this may have brought him prestige, he’s missed out on romance at every turn.

When Caleb’s buggy collides with the Baxters’ caravan, Oswald is instantly killed and Maggie goes into labor. Caleb manages to keep his guilt and terror at bay long enough to make her comfortable and deliver her baby, a harrowing and ultimately endearing experience. Can Maggie—now stranded with her newborn child—learn to trust again? Will Caleb overcome his sense of obligation and highbrow conceit to open his heart to lasting love?

Set against the backdrop of Antebellum Charleston with the martial clash of brother against brother looming on the horizon–here is an absorbing, tantalizing saga of life during one of our country’s most turbulent times–Southern Legacy Serial.

Belle of Charleston, Book One

In a world of pageantry and show, the Montgomery family accepts the way of life that has been antebellum Charleston for over a hundred years. Two cousins, the handsome and debonair, Wade Montgomery and the bold and brooding Cullen Smythe, were born to be brothers. Raised as Southern gentlemen,their character could never be questioned–loyalty, honor, duty to one’s country, God and family. It was the tie that binds until…their bond is threatened, not only by the cry for secession but by a woman–Josephine Buchanan Wright.

Josephine Buchanan Wright is a dutiful, southern belle. Her future seems fated to the two Montgomerys cousins…until all she has placed her faith in falls apart. As her life spirals out of control, she tries desperately to cling to the honor and duty that has been instilled in her. But how can she do so when all she has known is no more?
AUTHOR’S NOTE:

This is a serial! The books may have cliffhangers and hooks to make you want to continue to the next book. Do not begin if you don’t want to become addicted to the series! Southern Legacy will consist of four books–Belle of Charleston, Shadows of Magnolia, Born to Be Brothers and The Sun Will Rise.