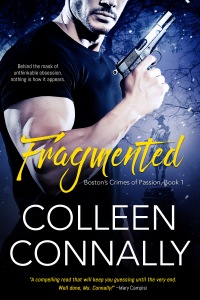 The first in the Boston’s Crimes of Passion Series! A pulse-pounding thriller! Ms Connally’s first murder mystery delivers! Suspenseful…shocking…a psychological thriller– leaving readers on the edge of their seat. Cameron Quinn is caught in a web of deceit. Protecting her brother from being framed for a murder places Cameron in untold danger. When the real killer diverts his attention to her, she has nowhere to turn, especially not to the man she shared one unforgettable night… who now is trying to put her brother in prison. A “must read” for any suspense lover!
She would do anything to protect her family…

Cameron Quinn watched her father fall into a world of despair after being falsely accused of causing her mother’s death. Now, her brother is a suspect in a crime she knows he’s not capable of committing. She’ll risk everything to save her brother from the same fate as her father, even destroying evidence that implicates him in a series of murders.

He would do anything to win a case…

ADA Darren Kennedy is known as ‘the bulldog.’ He doesn’t lose. When a killer emerges on the streets of Boston, he’s dead-set on putting that killer behind bars…along with anyone that stands in his way. 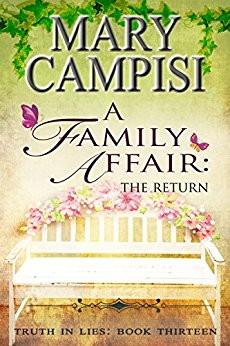 Grace Romano had been seventeen, impressionable, innocent to the power of attraction and desire.

Max Ruhland taught her about both. He loved Grace and thought they had a future together, until she crushed his heart and told him he wasn’t part of her life plan.

See you in Magdalena! 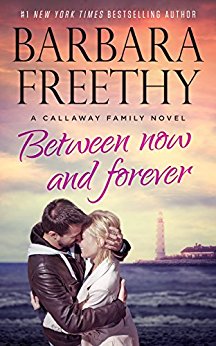 Nicole met Ryan when he was a handsome, cocky teenager with a desire to fly high above the clouds. Ryan encouraged Nicole to dream big and promised her a lifetime of happiness, but several years into their lives together, they were faced with obstacles bigger than either had ever imagined. Their love faltered. They lost their way and considered what had once been unthinkable—the end of their forever.

But now fate throws them a curve, an event that forces them back together, that strips their emotions bare and is both terrifying and strangely unifying. For the first time in a long while they have to face each other, and not only talk but also listen, because their lives depend on it—not only their lives, but also the life of their six-year-old son.

Secrets and lies frame a perilous journey to the truth that takes Nicole and Ryan to Angel’s Bay, a place where miracles sometimes happen. But in order to get that miracle, Nicole and Ryan must work together and learn how to trust and love each other again. Only then will they be able to save their family and find their way to happily ever after.

*Fans of Barbara’s Angel’s Bay Series, will enjoy the secondary plotline in Between Now and Forever which takes the Callaways to Angel’s Bay