The books of The Liberty Series work as stand-alone novels you may enjoy in any order. Look for the other books in the series: Treasure Me, The Impossible Wish, Four Wishes and The Tree of Everlasting Knowledge.

Second Chance Grill is the prequel to Treasure Me, 2012 Next Generation Indie Awards Finalist, which The Midwest Book Review calls “A riveting read for those who enjoy adventure fiction, highly recommended.”

In MOMENT BY MOMENT … “Laura Taylor explores the risks of love with sensitive precision. A chance meeting on a California beach between a soul-weary documentary filmmaker and a beautiful former cop leads first to friendship and then to something much deeper. But can these two people overcome bitter lessons of the past to build a lasting relationship? Ms. Taylor’s superb characterization and haunting ambiance will leave a lasting impression on your heart.” ROMANTIC TIMES Book Reviews

A devastating breakup leaves Yasmine Phillips in shambles. Unable to trust another man with her heart, she focuses on the one thing she can control—starting her own business.

When her computer crashes, taking months of hard work with it, she must rely on computer genius Zachariah Givens to save her. A complete opposite of men from her past, she doesn’t expect the passion that ensues. But just as she finds happiness, she learns the truth about the other women in Zachariah’s life. 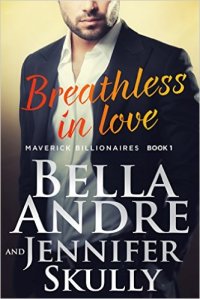 Will Franconi has a dark past that he’s kept a closely guarded secret―very few people have ever heard his real story and he plans to keep it that way. After surviving a hellish childhood, he’s now living the dream life where everything he touches turns to gold. But something’s missing. He doesn’t quite know what until a simple letter from a teenage boy brings Harper Newman into his life. A woman who just might fill up the empty places inside him…if only he could ever be worthy of her love.

When a man has more money than he could possibly spend in five lifetimes, Harper has to ask herself what Will Franconi could possibly want from a woman like her? She’s learned the hard way that rich men always get what they want no matter the cost. If it was just herself she had to worry about, Harper would manage, but she’s guardian to her younger brother who depends on her for everything. After nearly losing his life in a car crash, she’s vowed never to let anyone hurt him ever again.

Still, sometimes Harper can’t help but long to change her story from one of an always-cautious woman to an adventurous tale of a heroine who’s wild and free…especially when Will’s kisses and caresses make her utterly breathless. And as he begins to reveal his story to her, she discovers that he’s so much more than just another wealthy, privileged man. He’s kind and giving, and he fills up all the spaces inside of her heart that have been empty for so long. Together, can they rewrite their stories into a happily-ever-after that neither of them had previously thought was possible?