A rousing family saga for the fight for America’s independence!

It’s a dangerous game you set to play, Miss Corbett. One that can have far worse than deadly consequences!

In the midst of the struggle of America’s bid for independence, Hannah Corbett makes a fateful decision, descending into a world of deceit. Spurred by revenge, she heads to New York, setting in motion a dangerous game for which there is no return. Searching desperately for the man who betrayed her family, she faces the cold and brutal reality of the life of a spy. Caught in a web of lies, living with betrayal, she is trapped. She has nowhere to turn except to a man it would be treasonous to love, setting duty and desire at war. Her heart is ripped apart when she must choose between the man who risks his career and life to protect her and the only thing that has remained constant in her life…her belief in her cause.

A Devil in Disguise
Years ago, when Nick Tallings, the recent Duke of Huntly, watched his family destroyed at the hands of a merciless nobleman, he vowed revenge. But his efforts had been futile, as his enemy, Lord Rutland is without weakness.

Until now…
With his rival finally happily married, Nick is able to set his ruthless scheme into motion. His plot hinges upon Lord Rutland’s innocent, empty-headed sister-in-law, Justina Barrett. Nick will ruin her, marry her, and then leave her brokenhearted.

A Lady Dreaming of Love
From the moment Justina Barrett makes her Come Out, she is labeled a Diamond. Even with her ruthless father determined to sell her off to the highest bidder, Justina never gives up on her hope for a good, honorable gentleman who values her wit more than her looks.

A Not-So-Chance Meeting
Nick’s ploy to ensnare Justina falls neatly into place in the streets of London. With each carefully orchestrated encounter, he slips further and further inside the lady’s heart, never anticipating that Justina, with her quick wit and strength, will break down his own defenses. As Nick’s plans begins to unravel, he’s left to determine which is more important–Justina’s love or his vow for vengeance. But can Justina ever forgive the duke who deceived her? 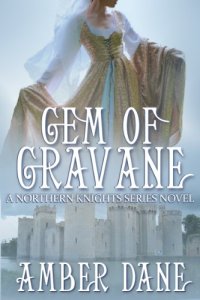 Falling in love with her was not part of his plan…
Aric Claydon, weary and in the foulest of moods, arrives in Northumberland from Normandy and a short battle to claim his Saxon bride-Lady Danielle- almost a year late. To worsen matters the girl is far from a ravishing beauty, nursing a small affliction and other irksome habits. Yet, compelled by a knight’s oath and loyalty to his king, Aric performs his duty. The lady is a means to an end to complete his gain and if he’s lucky, bless him with an heir and nothing more. Even as he gives in to the fiery passion she wields, he vows she will never hold his heart. Soon enough Aric learns his new bride is not as timid as he first thought, but mysterious and with secrets of her own.
When danger and treachery abound he will stop at nothing to protect the spirited lady who has bedded down in his soul.

Haunting visions have plagued Megan Pendrake for years, a dire promise of a turbulent future. When Megan and her brother are forced to flee England aboard a ship bound for the colonies, trouble looms. In 1692, Salem, Massachusetts is a hotbed of suspicion and persecution where the mere hint of witchcraft is a death sentence. Remaining in Salem is courting disaster, but Megan’s heart won’t allow her to leave the man she has grown to love.

Nicholas Thayer is mesmerized by the beautiful, unconventional young woman who boards his ship posing as a cabin boy. But his future is predetermined, including a fiancée waiting for him at home. When Megan faces inconceivable peril, Nicholas must make the ultimate choice between family and faith or a love he can’t deny. But will he be able to save them both from An Uncertain Destiny?