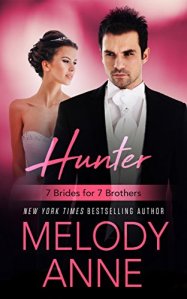 When Hunter Brannigan loses his father and is sent a map, he doesn’t know what to think. Is it a joke? Was the old man going senile at the end? The attorney sending the map assures him the piece of paper was definitely from his father and he must follow the clues to find himself.

Hunter has been running from anything even remotely resembling responsibility for a very long time. He’s a world renowned Photo Journalist, traveling the seven continents in pursuit of the next great shot. He’s been in the heart of the trauma during war time, natural disasters, and life-altering moments, always on the other side of the lens, never getting emotionally involved. His father’s last wish for him is to put himself within the pictures he’s famous for.

Deciding to humor his father’s last request, he stumbles upon Rebekah Kingsley III, an uptight History Professor who desperately needs to let her hair down. Though he has his doubts she can get dirty long enough to help him, something about her won’t let him walk so easily this time. Will she be enough to make him settle down, or will he leave her with nothing but a picture of what could have been.

Loss and betrayal have caused Heather Phillips to give up on love. She’s thrown herself into running The Lonely Loon, her Bed and Breakfast located on the boardwalk of Ocean City, Maryland. The “off season” in this tourist town is usually a time of rest and reflection for her; however, DB Atwell, a famous author, arrives at The Loon for the winter to finish his long-overdue novel. Daniel, too, has faced grief, and tragedy continues to haunt him. Once Heather and Daniel meet, their lives will never be the same.

Reminiscent of Nights in Rodanthe by Nicholas Sparks and culminating in a happily-ever-after similar to the great Nora Roberts, Two Hearts in Winter is a story about learning to let go of the past, about realizing that, though hardship affects us, it need not define us, and about coming to understand and truly believe that beauty is sometimes covered in scars. The human heart has an amazing ability to forgive, to heal, and to hope, especially when touched by love.