Now the bestselling serial is under one title— SOUTHERN LEGACY!
Including Belle of Charleston, Shadows of Magnolia, Born to Be Brothers and the dramatic conclusion, The Sun Rises!

Set against the backdrop of Antebellum Charleston with the martial clash of brother against brother looming on the horizon–here is an absorbing, tantalizing saga of life during one of our country’s most turbulent times–Southern Legacy Series.

In a world of pageantry and show, the Montgomery family accepts the way of life that has been antebellum Charleston for over a hundred years. Two cousins, the handsome and debonair, Wade Montgomery and the bold and brooding Cullen Smythe, were born to be brothers. Raised as Southern gentlemen, their character could never be questioned–loyalty, honor, duty to one’s country, God and family. It was the tie that binds until…their bond is threatened, not only by the cry for secession but by a woman–Josephine Buchanan Wright.

Josephine Buchanan Wright is a dutiful, southern belle. Her future seems fated to the two Montgomery cousins…until all she has placed her faith in falls apart. As her life spirals out of control, she tries desperately to cling to the honor and duty that has been instilled in her. But how can she do so when all she has known is no more? 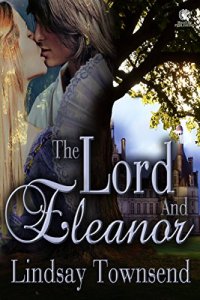 Their love crosses and breaks all bounds but can it survive?

Spirited Eleanor is a peasant will do anything to help her younger siblings… and even considers becoming the mistress of Richard of Wykeford, her lord and the local landowner, a handsome, charismatic widower who cares for his children.

Although Richard wants her for her beauty, he also needs her knowledge. As a local wise-woman, she knows cures and poisons, and an unknown poisoner is at work somewhere on his manor.

The closer the two become despite the social gulf between them, the more their danger grows until matters come to a dangerous head when Eleanor is kidnapped.

Now, this rake must change his ways.

Society’s most infamous scoundrel, Daniel Winterbourne, the Earl of Montfort, has been promised a small fortune if he can relinquish his wayward, carousing lifestyle. And behaving means he must also help find a respectable companion for his youngest sister–someone who will guide her and whom she can emulate. However, Daniel knows no such woman. But when he encounters a childhood friend, Daniel believes she may just be the answer to all of his problems.

Having been secretly humiliated by an unscrupulous blackguard years earlier, Miss Daphne Smith dreams of finding work at Ladies of Hope, an institution that provides an education for disabled women. With her sordid past and a disfigured leg, few opportunities arise for a woman such as she. Knowing Daniel’s history, she wishes to avoid him, but working for his sister is exactly the stepping stone she needs.

Their attraction intensifies as Daniel and Daphne grow closer, preparing his sister for the London Season. But Daniel must resist his desire for a woman tarnished by scandal while Daphne is reminded of the boy she once knew. Can society’s most notorious rake redeem his reputation and become the man Daphne deserves? 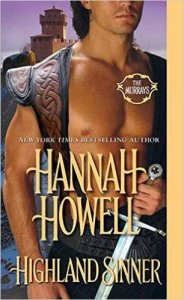 New York Times bestselling author Hannah Howell returns to the stark majesty of medieval Scotland and the realm of the unforgettable Murray clan, as a seductive knight and a mysterious young woman unite to stop a murderous enemy…

Sir Tormand Murray is certainly a rogue, but a callous killer? Never. Yet he cannot explain how he came to wake up next to the butchered body of one of his former lovers. Someone is prepared to kill again and again until Tormand is found guilty and hanged. And his only hope of discovering the culprit lies with Morainn Ross, a reclusive, sensual beauty gifted with second sight.

Branded a witch, Morainn has never met a man who accepted her strange talent, much less one who could so easily enflame her passion. There’s no resisting Tormand’s rugged masculinity—and no escaping the enemy who grows more twisted every day. And even as logic decrees that a lasting union is impossible, Morainn knows her destiny is bound forever with the knight who has claimed her, body and soul.