A wonderfully warm and witty debut novel about family secrets and sibling rivalry.
The four MacLeod sisters are no strangers to sisterly rivalry and with one of them about to be married, there are bound to be fireworks. Perfectionist Natalie wants the ‘wedding of the year’. Harassed mother, Milly, just wishes her bridesmaid’s dress wasn’t the size of a tent. Career-obsessed Avril secretly moons over a married man and world traveler, Hazel, the youngest, yearns to be taken seriously. Forced together for the first time in years, and with an unexpected guest stirring up old resentments, squabbles are inevitable. But when tragedy strikes things really fly apart – as some shocking skeletons emerge rattling from the crowded MacLeod closet… 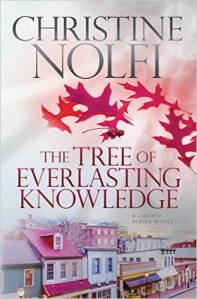 A savage rape on hallowed ground. Secrets buried for decades by the town’s most influential family.

Now Rennie Perini will learn the Great Oak’s secrets as construction begins at the Fagan mansion. She can’t afford to turn down a job that promises to stir up the long-buried guilt—and the passion—she shares with powerful Troy Fagan.

She’s already juggling the most important job of her career with her new responsibilities as a foster mother for young Walt and Emma Korchek. And there’s a hard, older man on the construction crew with eyes void of emotion—cold and killing. The secrets of his brutal past will pose a grave threat to the children in her care. Will she find the courage to face him?

Meet the Maverick Billionaires―sexy, self-made men from the wrong side of town who survived hell together and now have everything they ever wanted. But when each Maverick falls head-over-heels for an incredible woman he never saw coming, he will soon find that true love is the only thing he ever really needed…

BOOK DESCRIPTION:
Will Franconi has a dark past that he’s kept a closely guarded secret―very few people have ever heard his real story and he plans to keep it that way. After surviving a hellish childhood, he’s now living the dream life where everything he touches turns to gold. But something’s missing. He doesn’t quite know what until a simple letter from a teenage boy brings Harper Newman into his life. A woman who just might fill up the empty places inside him…if only he could ever be worthy of her love.

When a man has more money than he could possibly spend in five lifetimes, Harper has to ask herself what Will Franconi could possibly want from a woman like her? She’s learned the hard way that rich men always get what they want no matter the cost. If it was just herself she had to worry about, Harper would manage, but she’s guardian to her younger brother who depends on her for everything. After nearly losing his life in a car crash, she’s vowed never to let anyone hurt him ever again.

Still, sometimes Harper can’t help but long to change her story from one of an always-cautious woman to an adventurous tale of a heroine who’s wild and free…especially when Will’s kisses and caresses make her utterly breathless. And as he begins to reveal his story to her, she discovers that he’s so much more than just another wealthy, privileged man. He’s kind and giving, and he fills up all the spaces inside of her heart that have been empty for so long. Together, can they rewrite their stories into a happily-ever-after that neither of them had previously thought was possible? 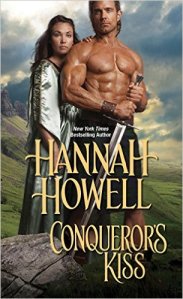 There is little hope for sanctuary in the midst of the tumultuous Scottish border wars, yet one woman may find safe refuge . . . in the arms of her sworn enemy . . .

Jennet Graeme has witnessed terrible tragedy during the many years of strife between the Scots and the English. As Scottish invaders plunder her convent sanctuary, she defiantly resists the blond warrior who claims her as his prize. But his brute strength is overpowering and Jennet is forced to ride with him through the lawless lands, tending to the wounded, protected and desired by a man she wants to hate . . . but cannot . . .

Sir Hacon Gillard is moved by Jennet’s compassion and mercy. As a loyal knight, he’s pledged fealty to his king’s command, even as he loses his heart to this remarkable woman. Merciless in combat . . . yet there burns within him a spark for something far beyond the heat of battle . . .