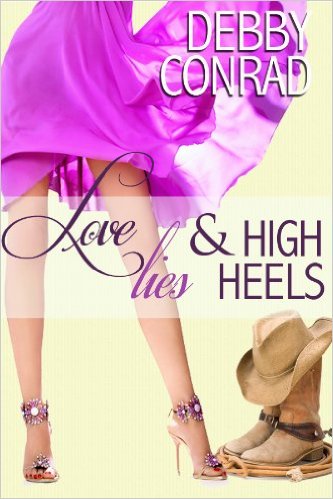 LOVE, LIES AND HIGH HEELS is book 1 in the Spoiled and Sassy series. Although it is a standalone book, the series showcases women who realize money can’t buy love.

Who would have guessed a lie could bring them together?

LUKE GALLOWAY doesn’t lie. Well, not normally. And never about anything as serious as death. But, somehow Luke’s friend and business partner, Sam Paris, convinces Luke he needs to do just that. Sam believes the only way his daughter will come back to see him is if he were dying. And so the lies begin . . .

RUSTY PARIS has been alone most of her life. Her parents were divorced when she was very young. She was pushed off to boarding schools, while her mother made a hobby of marrying rich men. She doesn’t remember much about her father, only that he never made an attempt to be a part of her life for the past twenty-one years. But all that is about to change. When she gets word he is dying, she runs home to be by his side, which puts her right in the path of that scoundrel Luke Galloway.

Luke has no room in his life for rich heiresses. Been there. Done that. From the first time Luke and Rusty meet, they clash. She considers him nothing more than a lowly ranch hand who enjoys riling her temper. He finds her arrogant and prissy. But that doesn’t mean he can fight his attraction to her, nor hers to him. And when they find out they’ve both been duped by Rusty’s father the sparks really start to fly.