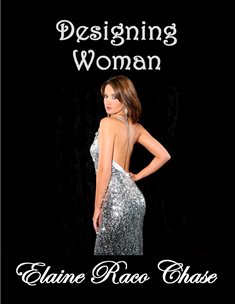 Read and hear what happens when a Saint becomes  fascinated with a Sinner!

Meet Griffen St.Clair – he thought he could handle her and not get burned. But he quickly found out that Brandy was a force to be reckoned with and he wasn’t giving up on the idea that he could reform her.

The romance for every woman who’s never had the nerve!

DESIGNING WOMAN is listed in the Library of Congress under Women Architects – Fiction oh…and under Revenge – fiction!

Do you know about Authorgraph? Check it out! All my kindle books are there!

“The audio book was narrated beautifully, with words clear and pacing easy to follow. Whether you are looking for a break from television, or don’t mind the other commuters staring at you as you laugh, often, the audiobook is well worth the investment.”

“Great dialogue – And it ALL sounds like a conversation you could overhear at any time, in many situations. That technique alone makes the book a worthwhile read – that it is combined and integrated into a tightly written, fast paced and sexy story makes this worth every one of the 5 stars.”