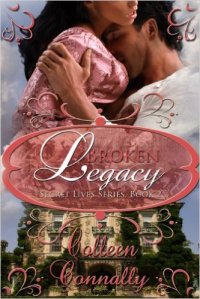 Lord Gerard Lenister needed the lady…after their meeting, her wanted her.
For seventeen years Lady Eloise Granville lived in France thinking herself a bastard. Not until her life was threatened did her father cross the English Channel to reclaim her as his legitimate daughter. Now four years later a revolution roars its ugly head in France. Rumors abound of Lady Eloise’s life before her emergence in England…rumors that link her to the notorious leaders of the French Revolution.

Thrown into a terror few escape, Gerard and Eloise discover a connection that will bind their lives forever–love. That is if they survive.