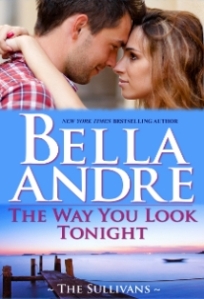 THE WAY YOU LOOK TONIGHT is the newest book in Bella Andre’s New York Times and USA Today bestselling Sullivan series. Over a million books sold so far!

As a very successful private investigator who has caught most of the cheaters in Seattle with their pants down, Rafe Sullivan believes true, lasting love only happens once in a blue moon. Needing to get away from the city to clear his head, he finds the lake house where he spent the best summers of his life is now a wreck…but the sweet girl next door is all grown up and prettier than anything he’s ever seen.

While Brooke Jansen is happy making and selling chocolate truffles in her small Pacific Northwest lake town, she secretly longs to experience something wild. So when her favorite “Wild Sullivan” moves in again next door after more than a decade away, and sparks fly between them, she can’t stop wondering if being bad is really as good as it always seemed…and just how long it will be before she can find out.

But when their summer fling quickly spirals into deeper emotions than either of them were expecting, can they survive the heat between them? Or will Rafe make the biggest mistake of his life and end up losing the best thing that’s ever happened to him?

Author’s Note: While THE WAY YOU LOOK TONIGHT can easily be read as a stand-alone story, you’ll likely enjoy reading the earlier Sullivan books, too. 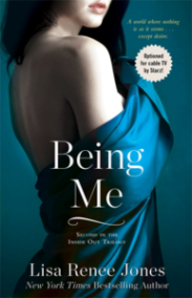 I arch into him, drinking in his passion, instantly, willingly consumed by all that he is and could be to me. . . . 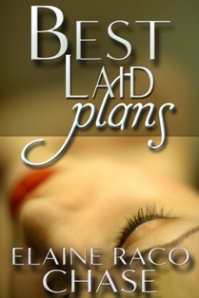 Take a trip back to 1983. There was no TSA and people smoked on airplanes. (The airplane scene actually happened to me and the nun!)

This was New Orleans before Hurricane Katrina – a place I fell in love with and visited a half-dozen times. Alas, some of the restaurants I knew are no longer in business and menu prices certainly have changed.

Fashion – is still fashion! The styles come and go, but somehow are reborn again and again.

While it was a sensuous romance when it was first published, it was fun to amp things up!

Meet Amanda Wyatt – she had an eight year plan and accomplished so much more. Attractive, talented, she was a success whether she was designing high fashion or running her own elegant shop in New Orleans. And she had a friend with benefits relationship with –

Lucas Crosse, her lawyer and the brother she never had for twelve years. He knew her intimately – well almost. Now, he’s decided he wants that, too. And he’s ready to fight for Amanda with –

As for Amanda – she has choices to make. A new, exciting love? Or a best friend whose benefits she’s begun to dream about. 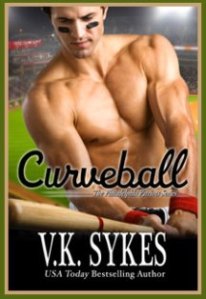 Taylor Page has never wanted anything but a career in major league baseball. Through talent and guts, she’s finally landed a position as Assistant General Manager of the Philadelphia Patriots. The only problem is that most men in baseball still don’t take a woman exec seriously, especially a thirty-year old blonde with no on-field experience. She needs to do something big to convince her bosses she has what it takes to run a team.

Veteran Pittsburgh outfielder Ryan Locke’s career is in jeopardy when a suddenly unreliable throwing arm comes on top of rehab from a major injury. A single parent with a troubled daughter and an alcoholic mother to provide for, retirement is out of the question. Ryan’s best hope is for a trade to an American League team as a designated hitter, allowing him several more years of play.

When Taylor needs a replacement for an injured first baseman, she comes up with an innovative but risky idea: convince her boss to make a trade for Ryan Locke, and then convince the still talented slugger to play first base for the Patriots. With Ryan dead-set against that plan and both their careers on the line, neither Taylor nor Ryan can afford the explosive physical attraction between them. But despite Taylor’s best efforts to resist Ryan’s campaign of seduction, she’s not sure she’s got the willpower to keep from playing along. 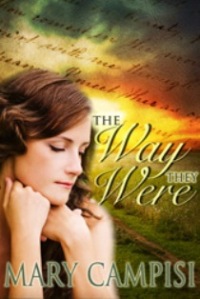 It’s all about that second chance…

The Way They Were is Book Two of That Second Chance Series. (These are standalone books tied together by a common theme–belief in the beauty of that second chance.)

He hasn’t spoken her name in fourteen years. She keeps a journal hidden in the back of her closet and permits herself to write about him once a year–on the anniversary of the first and only time they made love. They promised to love one another forever, but tragedy tore them apart. Now, destiny may just bring them back together.

At eighteen, Rourke Flannigan and Kate Redmond thought they’d spend the rest of their lives together–until a family tragedy tore them apart. Fourteen years have passed and they’ve both carved out separate lives hundreds of miles apart–hers as a wife and mother, his as a successful, driven businessman. But once a year, on the anniversary of her daughter’s birth, Kate pulls out a red velvet journal and writes a letter, which she’ll never send, to the man who still owns her heart. Once a year, on the anniversary of the first and only time they made love, Rourke permits himself to read the annual investigative report detailing an ordinary day in Kate’s life.

When a subcontractor at one of Rourke’s holding companies is killed, Rourke decides to pay the widow a visit and offer condolences, never dreaming the widow will be Kate. As they embark on a cautious journey of rediscovery, one far greater than they could have imagined, secrets and lies threaten to destroy their newfound closeness–forever.