This week I will be spotlighting some of the authors that will be at this year’s book signing. If you’re around, please join us! 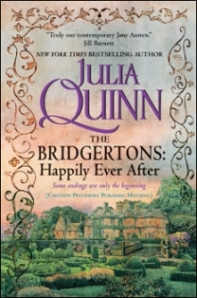 THE BRIDGERTONS: HAPPILY EVER AFTER

Once upon a time, a historical romance author created a family . . .

But not just any family. Eight brothers and sisters, assorted in-laws, sons and daughters, nieces and nephews (not to mention an overweight corgi) plus an irrepressible matriarch who’s a match for any of them . . . These are the Bridgertons: less a family than a force of nature. Through eight bestselling novels, readers laughed, cried, and fell in love. But they wanted more.

And so the readers asked the author . . .

What happens next? Does Simon ever read his father’s letters? Do Francesca and Michael become parents? Who would win in a Pall Mall grudge match?

Does “The End” really have to be the end? 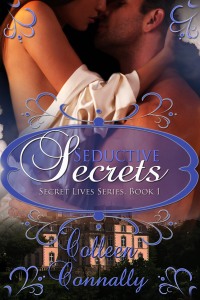 Shunned from London society for being the daughter of England’s most notorious spy, Alyce Hythe desires only to clear her father’s name. For years, she has been hidden away from all prying eyes, given a new identity and told to forget who she was. But strange things have been happening causing old rumors to once more be whispered. Long has Lord Julian Casvelyn lived with guilt brought on when his brother was murdered by England’s most infamous traitor. But one eventful night has changed everything Lord Julian believed about his brother’s death. Never did he suspect the woman he has just saved from certain harm is the daughter of that man. Now Julian is caught in midst of a conspiracy and desire for that woman. Thrown together by fate, the two search for answers long denied them and along the way discover a love that can free them both.